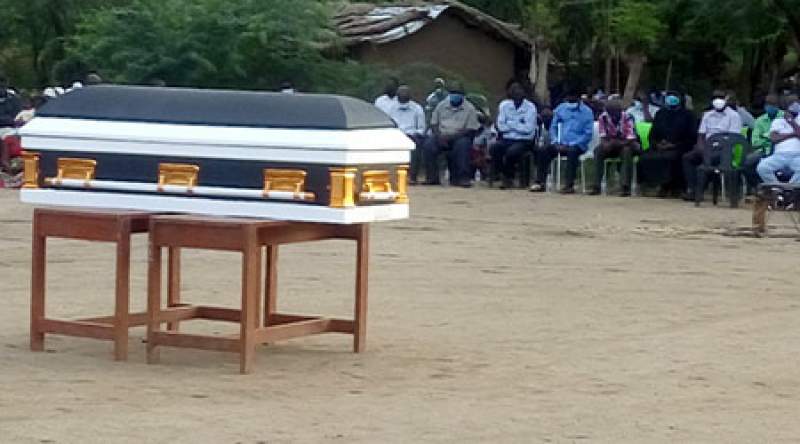 The body of Senior Chief Mbenje of Nsanje has been buried at his headquarters with cries and tears from hundred villagers in disbelief.

The burial took place last evening at around 7 PM where scores of people flocked to pay their last respects to the late Senior Chief Mbenje who died in Lilongwe Wednesday morning after succumbing to Covid-19.

Member of Parliament for Nsanje Lalanje, Gladys Ganda, said the area has lost a leader with high integrity who had the welfare of his subjects at heart by championing development without greed.

"Senior Chief Mbenje was a corrupt free leader. He promoted unity and development to improve the living standards of his subjects," said Ganda.

Speaking on behalf of Paramount Chief Lundu, Senior Chief Malemia described the fallen Chief as God fearing who promoted unity and love not only among his people but the whole district of Nsanje.

"He loved to preach peace and unity in the district," said Senior Chief Malemia.

He was installed on March 31, 2015 as Traditional Authority Mbenje and later elevated to Senior Chief position in June last year.

He has died at the age of 44 and is survived by a wife and two children.

He is the second prominent figure to succumb to Covid-19 in the lower shire after Sidik Mia.