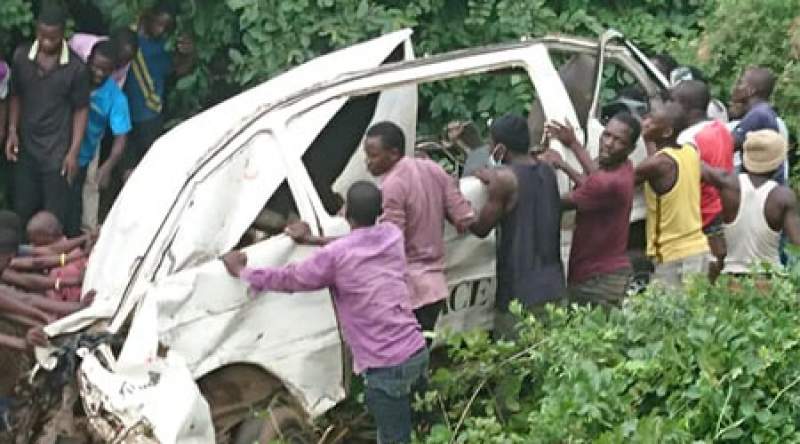 End of the road - pic by citizen journalist

A 35-year-old woman has died and seven others have sustained various degrees of injuries when the minibus they were travelling in overturned in the Thabwa escarpment in Chikwawa district.

The deceased has been identified as Frolida Eliya of Mwanda village from Ngabu area in the district.

District Police Spokesperson, Sargent Dickson Matemba, told Zodiak Online on Wednesday that the minibus, Registration Number NE 8694, plunged when the driver lost control due to over speeding on Wednesday afternoon.

"The minibus was heading to Chikwawa from Blantyre," said Sargent Matemba

Police said the survivors were rushed to Chikwawa District Hospital while the driver and the conductor of the minibus are at large.

The law enforcers have since launched a manhunt to apprehend the two.

Police in the district are reminding drivers to always observe speed and road signs to avoid such untimely deaths.