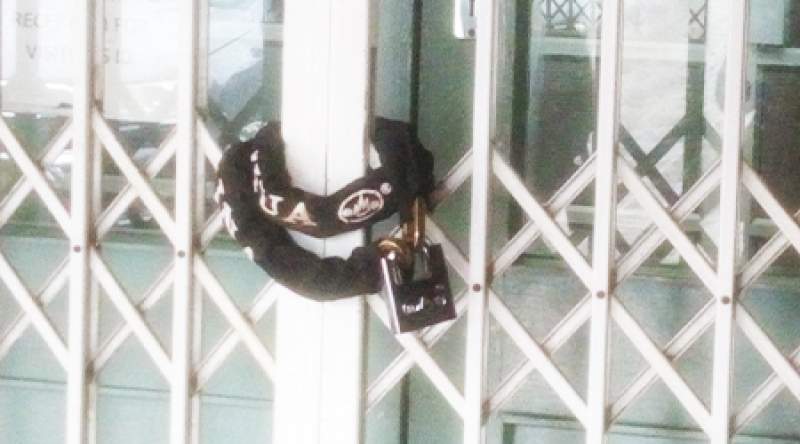 It also sealed offices of the Department of Immigration and Citizenship Services, One Village One Product (OVOP) and Public Events warehouses over unpaid rentals amounting to K269 million.

According to the Central Government Stores Estates Manager, Joseph Mkandawire, the rental arrears in question are for three years from 2015-2018.

Mkandawire says they resorted to seal the offices after several failed attempts to force the institutions pay the rentals including issuance of ultimatums.

MEC Director of Media and Public Relations, Sangwani Mwafulirwa, told Zodiak Online that he “cannot explain everything in detail at the moment; suffice to say that payment of rentals for the building is handled by the Ministry of Lands.

“We are told that this building is originally owned by the Central Government Stores being used by the MEC so the arrangement is that the Ministry of Lands handles issues of payment of rentals.”

Hours later, the offices were opened.

Mkandawire said that they reopened the offices “after the Minister of Homeland Security, Richard Chimwendo Banda, assured our Principal Secretary, Fredrick Mzoma, that the matter will be discussed at top level on how best they can pay us as soon as possible.”

He said the failure by the institutions to pay to pay the rentals has greatly affected their operations.

“We are really handicapped; nevertheless; we can accept whatever amount they will give us so our operations do not suffocate,” said Mkandawire.

Efforts to hear from the Ministry of Lands did not materialize.