Grannies; Children Out Of 6 Month Hiding 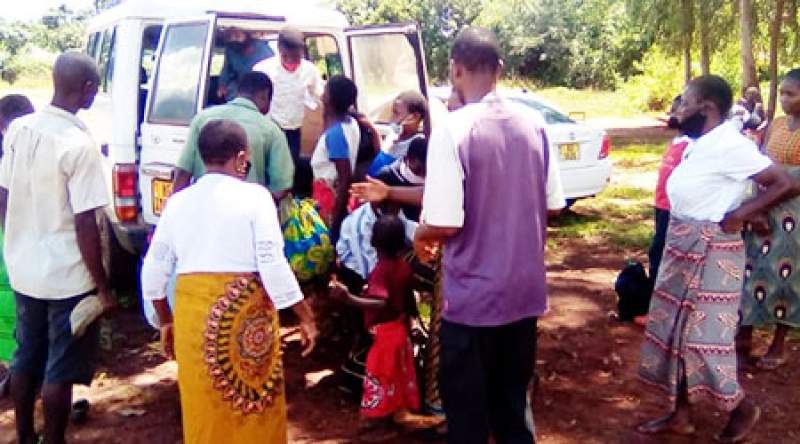 There were ululations with some relations shading tears of joy when four grannies and five children aged between 9 and 13 who spent six months in hiding running away from angry mob were getting out of the vehicle at Duswa village in Traditional Authority Sunganinzeru in Mulanje district.

The whole six months were spent at a certain religious centre which its director and authorities in the district pleaded for anonymity for fear of reprisals.

They run away from an angry mob that nearly killed them on allegations that they were practicing witchcraft.

It was alleged that a 20-year-old-man who died a sudden death was killed by the grannies and children through magic.

One granny was killed, four were seriously injured and were treated at Mulanje District Hospital while the five children were taken to Mulanje Police Station for safety.

They were later taken to the centre for safety and care.

According to Mulanje Police Spokesperson, Sub-Inspector Gresham Ngwira, it was a serious and traumatizing witchcraft violence to have been registered in the district.

“We are happy now that the community has finally accepted the nine. Let us join our efforts in condemning witchcraft related violence and sensitizing masses on what witchcraft law actually says,” said Ngwira.

Police and members of the District Peace Committee escorted home, the survivors.