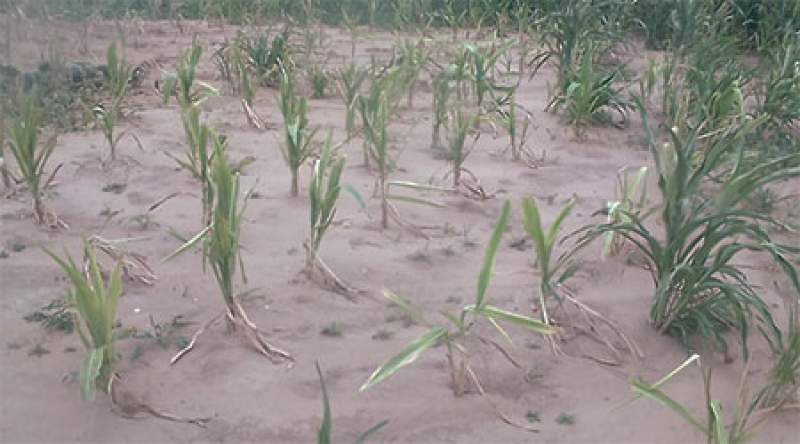 Communities in Lower Shire have pleaded with government to provide them with long term measures for survival as most of their crops have wilted due to prolonged dry spells.

"Our area has stayed for a month now without receiving rains. My maize and millet crops have wilted," complained Julius.

Traditional Authority Ndakwera thinks this is a right time to support the farmers with food aid and farm inputs.

Apart from Ndakwera, other areas hit hard by the dry spells are Katunga, Maseya, Ngabu in Chikwawa and Chimombo and Ngabu in Nsanje.

Ministry of Agriculture spokesperson Gracian Lungu says the Ministry intends to rehabilitate five irrigation schemes that were damaged by the Cyclone idai in order to motivate farmers to venture into irrigation farming.

He added that the ministry is also mobilizing farmers to utilize existing irrigation facilities to achieve food security at household level.

This is happening as government is expected to begin food distribution to 18, 000 hunger-stricken families in Chikwawa this month.