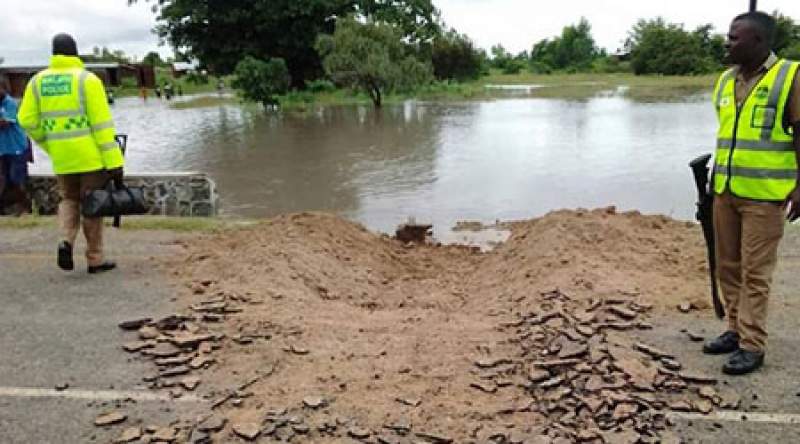 Chiringa Magistrate’s Court in Phalombe is yet to pass judgment in a case where nine villagers from Mulanje North are accused of digging part of Zomba-Jali-Phalombe-Chitakale road at Nakamba Trading Center to divert water that flooded to their homes, ten months after the case was concluded.

One of the villagers Zodiak has spoken to, Dalitso Mitumba, says the area has small culvert which they believe is a source of flush floods they experience year in year out.

“We have been reporting this to relevant authorities but no action was taken and this forced us to dig the road to ease the floods,” said Mitumba.

Police arrested them and took them to court where they have been appearing until April 2020 but since then they have not been told anything.

Lawyer representing the nine, Laureen Mputeni from Legal Aid Bureau told us hearing of the case was concluded in April, 2020 and her clients are waiting judgment.

“On why it is taking long for judgment to be delivered, the court is better placed to explain this,” said counsel Mputeni

Second Grade Magistrate Malula who was hearing the case was not available to comment on the matter.

Police Prosecutor, Sub-Inspector Philemon Banda, who was prosecuting the case told Zodiak on Sunday, the state also awaits court to set a date for judgment.

“His Worship told us that when he sets a date to deliver his judgment, he will inform us and we are waiting for the date,” said Sub-Inspector Banda.

There are growing calls in the area to have the drainage system on the road to avoid continuous flooding of the river.