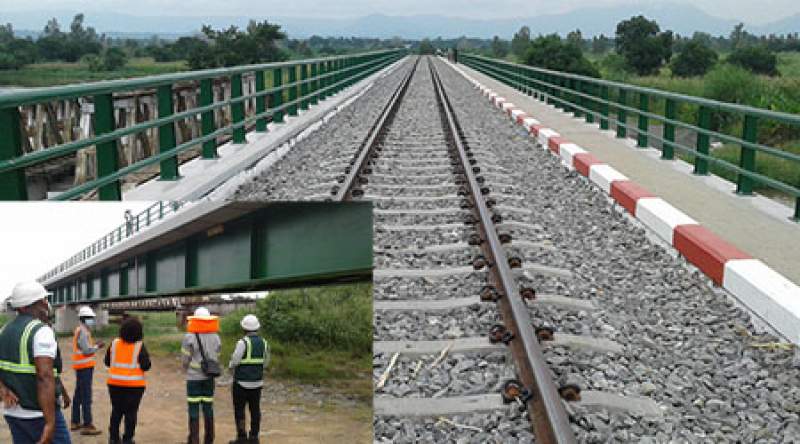 Deputy minister of transport, Nancy Mdooko, says she is impressed with construction of a railway bridge at Shire North in Balaka which has been completed and is now operational.

She says the bridge which government has constructed through the Central East Africa Railway (CEAR) is a milestone in promoting economic activities for people who use rail transport.

“The project is worth the amount that has been done here. You can see people are happy. Government of Malawi through CEAR has a concession and through that, we have constructed this bridge.

“It is 165 meter long and it is worth $30 million. The bridge has capacity to accommodate cyclists and motor cyclists as well.

CEAR Project Manager, Chrispin Kapalamula, says the bridge was designed to last for a hundred years.

“Shire North is between Blantyre and Nkaya. All the cargo that goes to Blantyre by rail passes through this bridge. The old bridge was built in the early 30s and it was designed for 80 years and has outlived its lifespan.

“Construction of the bridge started late 2018 but we faced challenge of Cyclone in Beira that delayed the project. We were supposed to finish last year,” he said.

The new bridge has brought joy to communities surrounding it who said they had to pay for them to use the old bridge.

One member of the community who operates motor cycle taxi told Zodiak Online that he used to pay over K1, 000 a day to cross the bridge.

“We are very grateful for this development. We hope to save the money that we used to pay at the old bridge for development of our households,” he said.