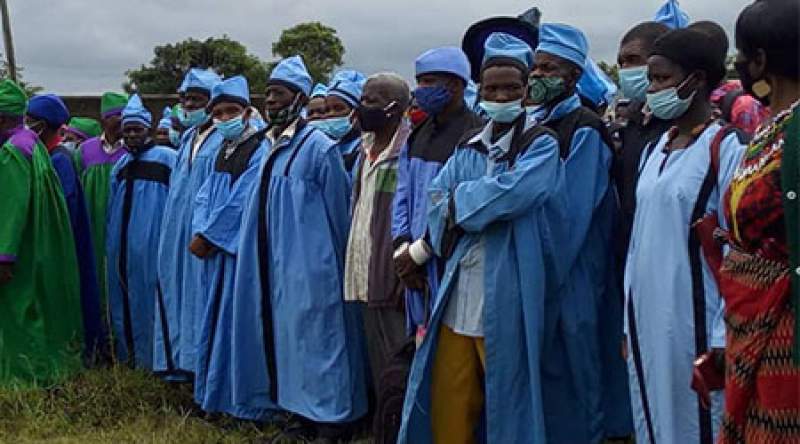 Some Lhomwe chiefs have warned of serious cracks within Mulhakho wa Alhomwe if the cultural grouping’s trustees continue with their plans of forcing Senior Chief Kaduya of Phalombe on them as their paramount chief.

The chiefs led by Senior Chief Nkhulambe of Phalombe, Traditional Authority Ngolongoliwa, Sub-TA Kamoto and Senior Group Village Headman Juma of Thyolo told Zodiak on Monday that Senior Chief Kaduya is of Mang’anja tribe said it is senseless to have her as their paramount chief as if there are no Lhomwe chiefs in Malawi.

The chiefs held protests at Mulhakho wa Alhomwe headquarters at Chonde in Mulanje district against the trustees’ decision.

“They should give us a chance to meet and elect our own paramount chief and not impose on us someone from another tribe, no way,” fumed senior chief Nkhulambe.

T/A Ngolongoliwa on his part said election of lhomwe paramount chief should be left in the hands of lhomwe chiefs who are real lhomwe chiefs and not Mulhakho wa Alhomwe trustees.

“We have lhomwe chiefs in Mulanje, Phalombe, Thyolo, Chiradzulu, Machinga, Zomba and other districts, we know them and together with our subjects we will elect our own paramount chief,” said T/A Ngolongoliwa.

The chiefs have since written the ministry of local government not to accept the name of Senior Chief Kaduya to be lhomwe paramount chief.

“We will resolve this issue, it’s a simple family matter and will deal with within our family,” said Mvenya.

There was presence of heavy security at Mulhakho wa Alhomwe headquarters and the chiefs were not allowed to get into the fence and they held their meeting outside structure.