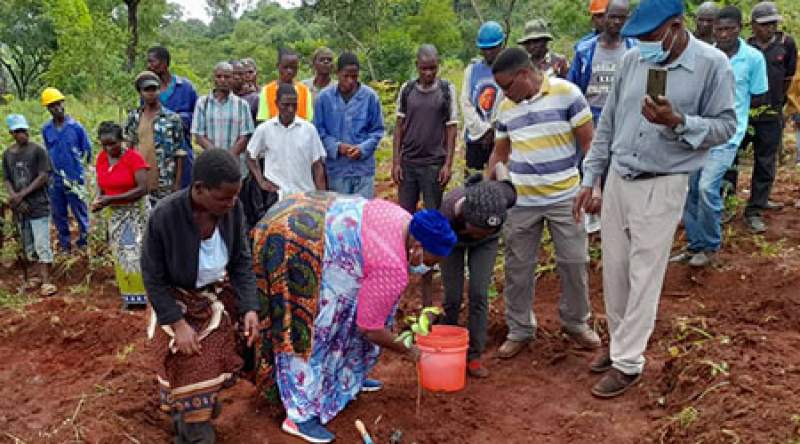 For two weeks now, IDH and MMCT have been supporting tree planting activities in the mountain close to Mbewa and Gibisani villages.

The two partners said deforestation in the forest reserve has impacted negatively on both subsistence and commercial farming as evidenced by low food and cash harvests like maize and tea for example.

IDH Country Representative for Malawi, Daisy Kambalame, said deforestation in the mountain has impacted negatively on tea farming hence its support to the reforestation exercise.

MMCT Programs Officer Responsible Forest Co-Management and Sustainable Livelihoods, Moffat Kayembe, said there has been massive degradation in the mountain area close to Mbewa and Gibisani villages which prompted embarking on the initiative on their landscapes.

Councilor Innocent Kaliati who is vice chairperson of Mulanje District Council has since appealed to the villagers to jealously guard the trees they are planting.

“I think we need to rely on MDF for protection of our mountain. It is our own hidden treasure and we as citizens of Mulanje need to protect it and not anyone else,” said Councilor Kaliati.

At least 50, 000 tree seedlings are expected to be planted at a 50-hectare area close to the two villages by the end of this month and the project cost is 21, 000 Euros.

It is a two month project (February and March).