CMD Condemns Intolerance Ahead of By-Elections 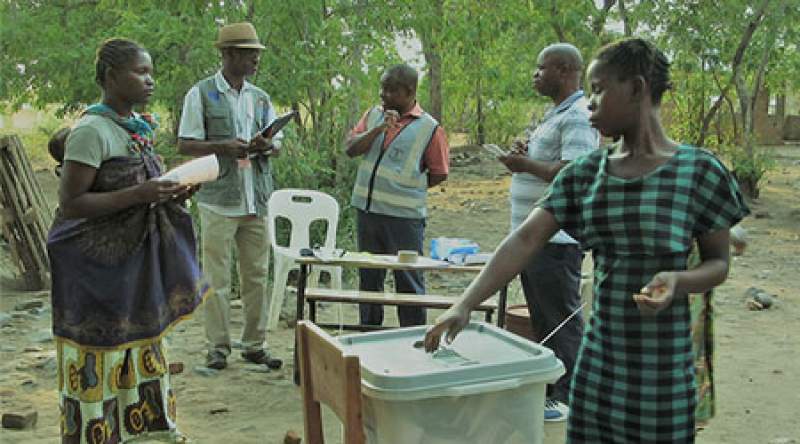 The by-elections will take place on March 30th - internet pic

Centre for Multiparty Democracy (CMD) has condemned reports of deliberate provocation and political castigation which are happening in some constituencies ahead of the March 30, 2021 by-elections saying such actions have no space in democracy.

CDM Executive Director, Kizito Tenthani, told Zodiak on Saturday that politicians have to learn to promote tolerance by sticking to issue based campaign.

Tenthani said is saddened by reports of removing one another's party flags and hate speeches during the campaign in some constituencies.

"With the presence of Political Parties Act, it is a crime to uproot or pull-down other parties’ flags.

"We urge all politicians to do issue-based campaign," emphasized Tenthani.

Tenthani's sentiments come when unlike in other constituencies like Karonga North West and Ntchisi North where the political temperature is normal, political intolerance and castigation have heightened in Chikwawa East and Nsanje Central constituencies.

UDF aspirant in Chikwawa East constituency Rodrick Khumbanyiwa claims that his flags were pulled down by his opponents at Maperera and Phimbi trading centres.

He said he immediately reported the matter to the district commissioner for action.

"I urge my opponents to avoid inciting violence. Let us campaign freely so that people should choose a person of their choice," said Khumbanyiwa.