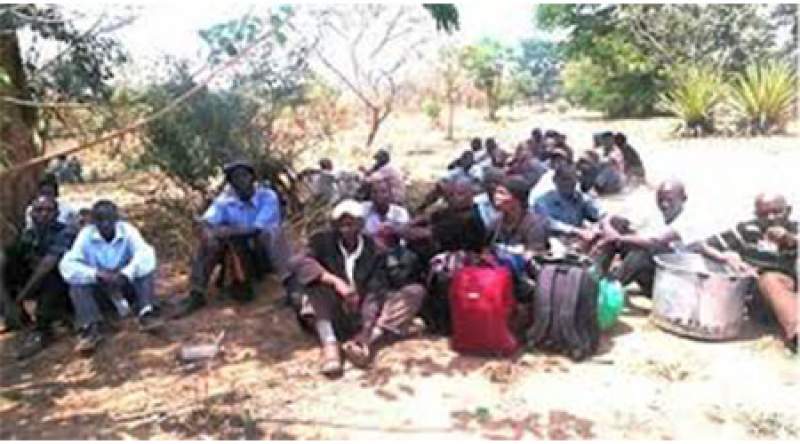 The ex-myp during a previous protest - internet pic

Former officers for the defunct Malawi Young Pioneers (MYP) have given government two weeks to respond to their concerns bordering on terminal benefits and failure which they will stage demonstrations.

MYP taskforce leader Franco Chilemba has told Zodiak Online, Monday, they are tired of government’s delay tactics over their benefits as officials keep on tossing them from one office to another.

Chilemba says the struggle to get their benefits started in 2009 but to date they have only received five hundred thousand kwacha each as compensation money.

He said; “they have been pushing the government to pay them the benefits to all members but officials have been tossing them from one office to another.”

He says if the government fails to respond to their grievances in two weeks, they will have no option but to stage demonstrations.

However, spokesperson for the ministry of finance, Williams Banda, says government is committed to pay the benefits but was quick to say that the members should present themselves individually to their employer with detailed documentation to get the benefits.

“In the report which was submitted by National Audit Office to the treasury department made recommendation that for it to effect payment, every member of the defunct MYP has to present himself to the Department of Human Resources Management to curb ghost workers,” said Banda.

Malawi Young Pioneer, which was involved in agriculture, general development and military activities, was disbanded in 1993 in a process dubbed Operation Bwezani.

After disbanding MYP, the government made the officers civil servants and therefore entitled to terminal benefits as all other civil servants.