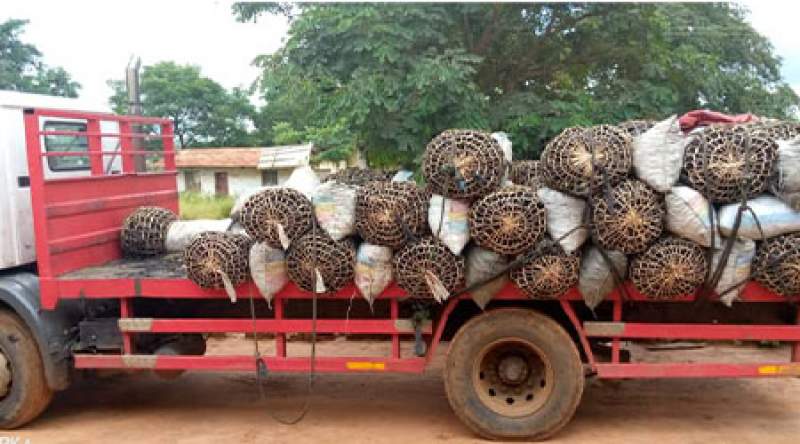 Amid concerns of growing charcoal business and how the product finds its way into the major cities of the country, Police in Neno district have impounded a lorry carrying over one hundred bags of charcoal.

Confirming the development to Zodiak on Monday, Neno Police Station Officer Senior Superintendent Madalitso Chikwatu said the development came after members of the general public intercepted the vehicle which was stuck in a muddy road.

"We got a tip from well-wishers that lorry carrying bags of charcoal is loitering around at Nyakoko village in the wee hours of today, so we made follow up which led to the arrest of three suspects", said Chikwatu.

Senior superintendent of police Chikwatu, further said the suspects were stuck in mud due to bad road condition, and had to use other bags of charcoal to make the road rough as it was slippery.

He said together with his operation team arrived at the scene where they arrested a driver and two assistants.

The Station Officer has since hailed community forestry policing units for their vigilance in fighting charcoal trade, saying the police alone cannot manage the fight.

"They are doing a commendable job. They live close to where this illegal trade happens, so they are our eyes and ears. And we encourage forestry department to do the same in collaboration with us," he said.

The three suspects are being identified as Petro Boyisi who is the driver, aged 35 years, and his two assistants, Steve Tembo aged 25 and Mthunthukani Chitomero Kantobwa aged 23 years, all from Neno district.

They will appear in court on Monday to answer charges of being in possession of forestry products, contrary to Section 68(B) of the Forestry Act.