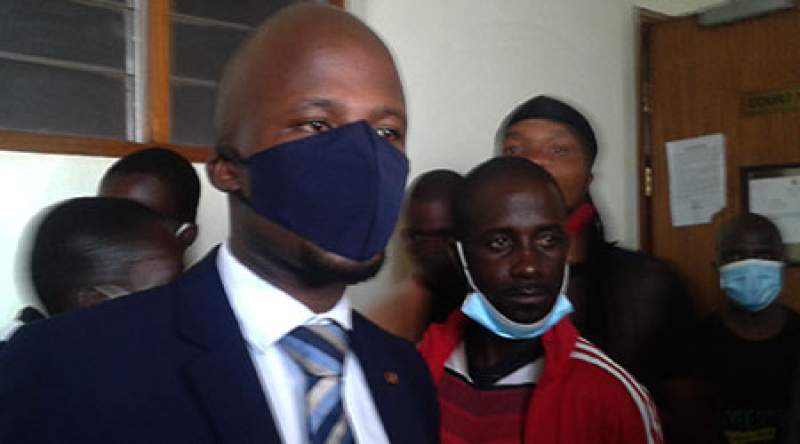 State has closed its case by parading three final witnesses; a medical officer, police officer and a guardian who was in the ward where the alleged offense occurred.

This is a case where Esnart Selemani and her daughter, Yankho, are being accused of assaulting a nurse, Gertrude Moffat, in Ward 5A at Queen Elizabeth Central Hospital (QECH) on 17 February.

Chaweza told the court that she was with her son, Adam Chaweza, in the ward where the alleged offense was committed.

She alleged that the accused who visited their patient in the same ward assaulted the nurse after she told them to leave the ward for it was not yet a visiting hour.

Chaweza added that the accused were not amused when the nurse told the daughter that she was not wearing the mask properly and could spread COVID-19 to the patient.

“The accused answered the nurse that how can they spread COVID-19 as if she had tested them. They told the nurse that they had passed through all the gates without being stopped and how could she have talked to them like that. That was when hell broke loose,” she told the court.

After closing the case, defense through Humphrey Panyanja, Senior Legal Aid Advocate from the Legal Aid Bureau, told the court that he would need fourteen days to file submission that his clients have no case to answer.

Senior Resident Magistrate, Akya Mwanyongo, objected the fourteen-day period, calling it too long for the submission.

“Justice delayed is justice denied. At the same time, it is said that justice hurried is justice buried; but we have to strike a balance in this case in the interest of justice,” he said.

The court then agreed that the submission for both parties be submitted in seven days.

Panyanja, then, notified the court that he would require to recall the first three witnesses should his clients be found with a case to answer.

He said this would be the case because he joined the case at a time when state had already paraded the three witnesses.

“I am not making an application. I am only notifying the court that I may make that application,” he told the court.

Magistrate Mwanyongo has since adjourned the case to a date to be announced for a ruling on whether the two have a case to answer or not.

Prior to that, Senior Resident Magistrate Mwanyongo released the two accused on bail with conditions.

He said that the accused are innocent until proven guilty and therefore keeping them further in custody is “tantamount to pre-trial punishment.

“There are misconceptions out there that justice is only for the rich and that money can buy justice. Justice needs not to be selective. Court has powers to give bail with conditions that should not be stiff for the accused to fail.

“I will, therefore, grant bail to the accused with conditions that the two will not pay any money for it,” he said.

The two are suspected to have assaulted Moffat, 26, in the ward as she asked them to leave the ward for it was not visiting time and that the daughter was not wearing a face mask.