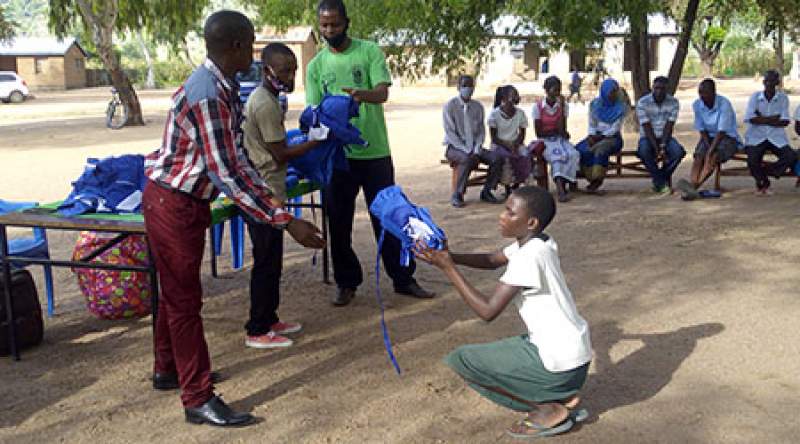 RaG Foundation, a youth led organization based at Cape Maclear in Mangochi district has donated school uniforms to over 50 needy learners at Cape Maclear Primary school.

Executive Director for the organization, Gift Mpinga Lali, said the donation is part of the initiatives the organization is implementing in the area to motivate learners.

“We understand that our area is facing a lot of challenges and we thought of contributing something to develop it. So, we choose education as our area of focus where we are supporting a number of things including quiz competition and distribution of stationary to some learners,” said Mpinga Lali.

The group which started in 2019, according to Mpinga Lali, depends on donors and for the current initiative, the group received a donation from a well-wisher in Canada who once stayed at Cape Maclear and was interested with the program.

“This is the best initiative for the village, mainly that the young people doing this are our own sons from Cape Maclear and indeed Chembe Village,” explained Group Chembe, saying the group could have used the money for other things without anyone notice that they received a donation.

Head Teacher for the School, Ledson Bwanali, said the school which has about 2, 200 learners are facing a lot of challenges that need assistants.

“The school has 18 classrooms against the said 2, 200 students, 10 houses against 32 teachers and we have inadequate books for learners mainly in senior section,” said Bwanali.

He said the coming of the organization with the school uniforms is another important element as pupils are easily identified in uniforms and brings comfort to students as you cannot easily differentiate by dressing those coming from poor families or not.