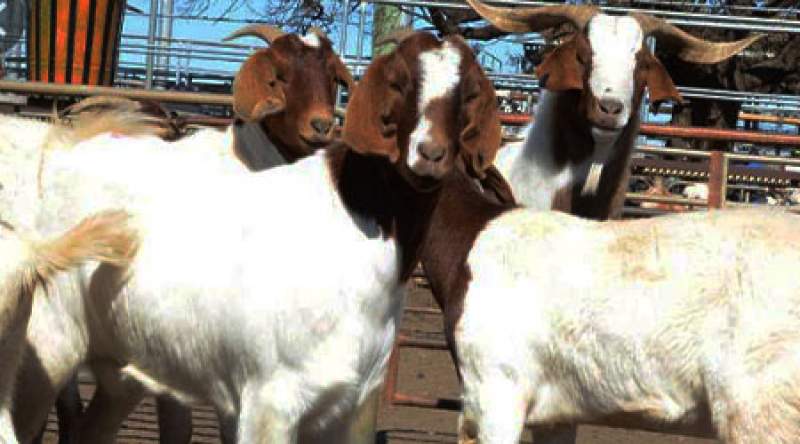 The project is being implemented in Neno, Mzimba and Salima - pic by Steve Kalungwe

The Lilongwe University of Agriculture and Natural Resources (LUANAR) has called on goat farming communities in the country to migrate from crossbreeding to select and improve method in a bid to improve animal productivity for improved income.

Professor of Livestock Breeding at LUANAR, Timothy Gondwe, told Zodiak Online today that science is proving that crossbreeding is being ineffective in improving animal production.

"When you crossbreed goats, they just improve for two breeding seasons and the breed goes back to its indigenous breed thereby lowering productivity," said Professor Gondwe.

He says to improve this, LUANAR through a project called Out Scaling Community Based Livestock Breeding Program (CBBP) Innovation for Indigenous Goat Production in Malawi is encouraging goat farmers to select he-goats that are pure and improve them before being distributed to clusters in communities.

"Goat farmers need to select healthy males within the breed, put them aside, improve their diet and later breed them with healthy females. This method is being effective," he said.

On what to do with the rest of the animals, the professor says they need to be castrated, fattened and sold at higher prices as weight could be between thirty to thirty-five kilograms as compared to un castrated ones which are normally below twenty kilograms.

"The weather here is hot. We have the Shire river and salts which are needed for goat production. If we adopt the Select and Improve Method, am optimistic production will double," says Dzumani.

LUANAR has found out that 90% of goats in Malawi are indigenous with less productivity levels when crossbred hence a need for goat farming communities to avoid the method.

The project is being implemented in Neno, Mzimba and Salima with an aim of reviewing breeding strategies for improved and sustainable breeds that will transform community’s income.