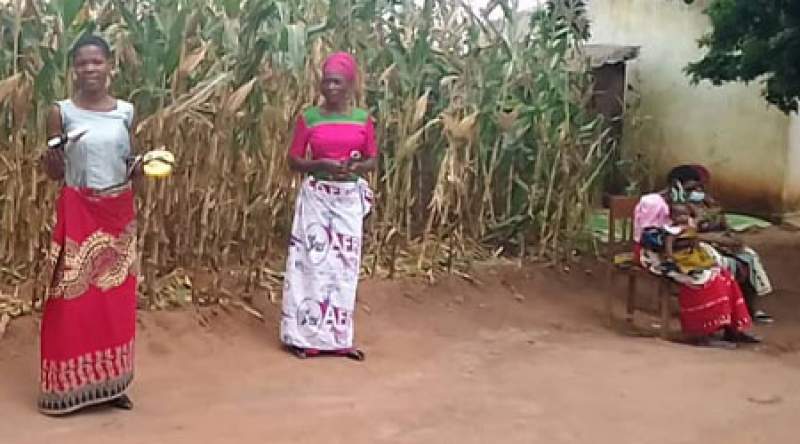 Banda showing of fruits of the loan - pic by Hastings Jimani

Agricultural officials and farmers in Thyolo have hailed a Farm Input Loan Program which One Acre Fund has started implementing in the district this year.

They were targeted with an investment of K437, 431, 700 worth of farm inputs such as maize and legume seeds and fertilizers and other non-agricultural items such as tree seedlings, solar torches and cellphones.

A beneficiary from Bernard village in Dwale EPA, Lioness Banda, told Zodiak Online she expects to have bumper yields this year due to loan and technical support she earned from One Acre Fund.

“Through this One Acre Fund program, we have adequate knowledge on modern farming technologies like land preparation, manure and fertilizer applications and agroforestry and this initiative has helped us farmers here in Dwale EPA,” said Banda.

Land Resources Officer at Thyolo District Agricultural Development Office, Richard Thole, said in the past, some organizations duped farmers through such initiatives.

“As some farmers have been affected by dry spell, there is good news from One Acre Fund that it has an insurance cover to the affected farmers. We really need to commend this organization for this arrangement,” said Thole.

Meanwhile, Local Government Officer for One Acre Fund, Frank Mkwaila, says at least 30% of the 2020/2021 farming season loan has been repaid by the targeted 56, 068 farm families in the six districts of Mulanje, Thyolo, Zomba, Machinga Chiradzulo and Blantyre.

“In total, we invested over K3.1 billion in the six districts and we expected that by the end of the loan repayment period on 30th June, 100% of the loan will have been collected,” said Mkwaila.

Meanwhile, One Acre Fund says it plans to increase the number of beneficiaries this coming farming season despite being affected by COVID-19.