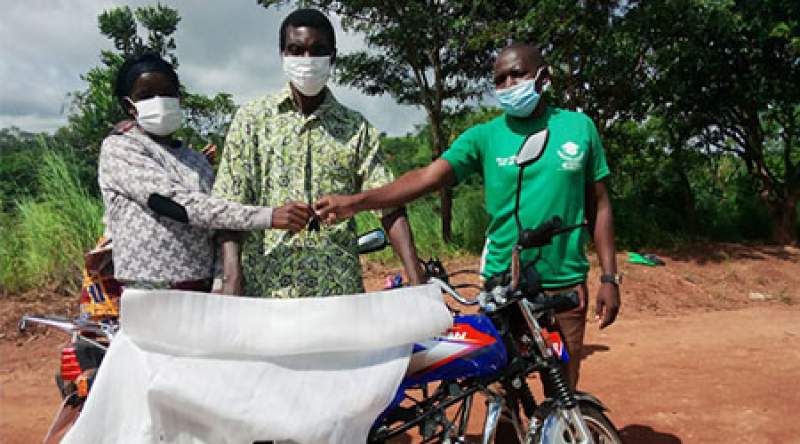 PACOSALI Executive Director, Jordan Maloya, told Zodiak Online yesterday that the idea is to uplift the economic life of hard-to-reach people where they are provided with businesses that suit their environments.

"We have noted a gap in the way microfinance companies are operating in the country, they dictate to the client instead of understanding the clients need and their environment," says Maloya.

He argues that most people in rural areas are failing to uplift their economic lives due to lack of understanding by loan films of people's actual problems and solutions.

He says his organization is venturing into a different approach to the problem of rural people where mostly they lack a voice in terms of needs.

"For example, in Neno, mobility is a major challenge and this makes it difficult for people to develop. They even fail to purchase building materials and connect themselves to the world; hence, our approach," he said.

PACOSALI is optimistic that giving out inputs such as iron sheets, farm inputs and motorbikes will be of significance since repayment will be easy as the items are of favorable outcome to the communities.

One beneficiary of a motorcycle, the family of Mr. Kondani thanked PACOSALI for the initiative saying it will help his family build their house with the money realized from motorbike tax business.

"In Neno, kabanza business is lucrative. This will enable me to transform my life than it was to be given money,” he said.

PACOSALI is appealing to other big organizations to join hands with it in a drive to expand its reach base, saying a lot of people in Neno are in dire need of help.

It has over one thousand members.