Khamisa Out on Bail 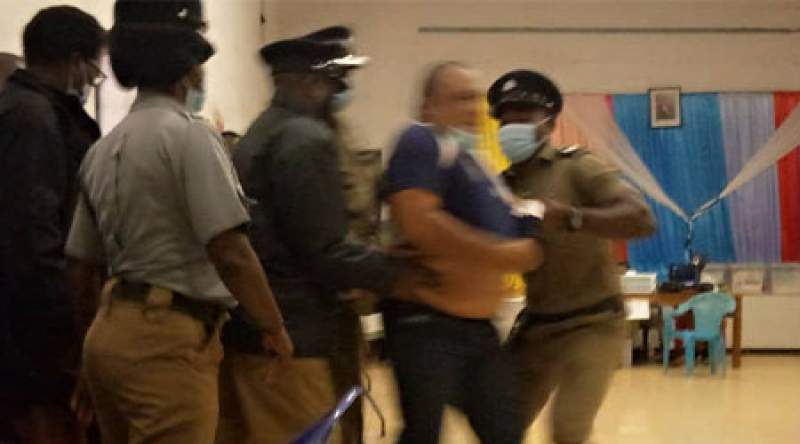 Police during the arrest - pic by Hastings Jimani

Police in Mulanje have released on bail a senior official for the ruling Malawi Congress Party (MCP) who was arrested on Tuesday evening in Mulanje for allegedly causing commotion during vote counting for the local government elections in Chitakale ward.

National Police Spokesperson, James Kadadzera, has confirmed this, adding that Khamisa has been charged with two counts of conduct likely to cause breach of peace and non-compliance to COVID-19 rules and regulations.

“We are still investigating the matter and he will appear in court once we conclude our investigations,” said Kadadzera.

Khamisa who once served as parliamentarian for Thyolo East Constituency was arrested on Tuesday evening in Mulanje for allegedly failing to put on face mask in the Mulanje district council hall during vote counting for the local government elections in Chitakale ward.

It is alleged that when police advised him to put on mask, he became violent.

Meanwhile, social media is awash with praises on Mulanje Police for executing their duties professionally without considering that the suspect belongs to the ruling party.