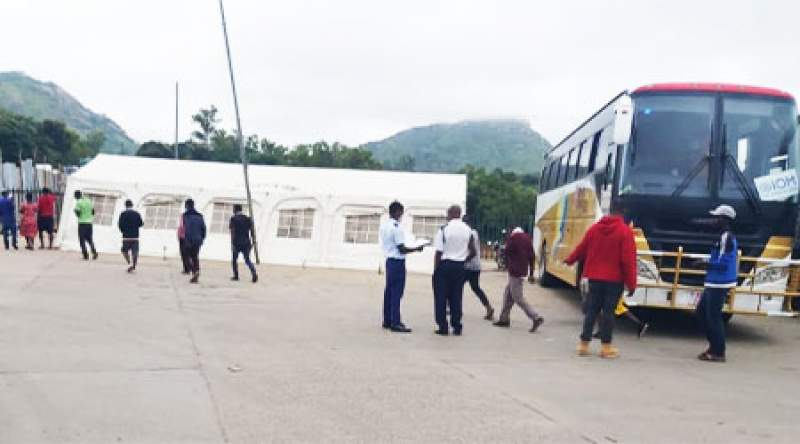 The deportees arriving at Mwanza border - pic by Pasqually Zulu

Immigration authorities in Zimbabwe have deported 27 Malawians on transit to republic of South Africa for failing to produce any travelling documents and using unchartered routes.

"They told us during an interrogation that they left Malawi as a group six months ago using unchartered routes between Dedza and Ntcheu heading for South Africa without any travel documents," Zulu told Zodiak Online.

He says travelling without proper documents and use of unchartered routes remains a biggest challenge the department of immigration and citizenship services is facing despite the department efforts to bringing services closer to people.

All precautions not to import Covid-19 into the country were looked into before releasing them to their respective districts.

International Organisation for Migration (I.O.M) sponsored the return of the deportees, most of whom are from Mangochi, Balaka and Machinga districts.