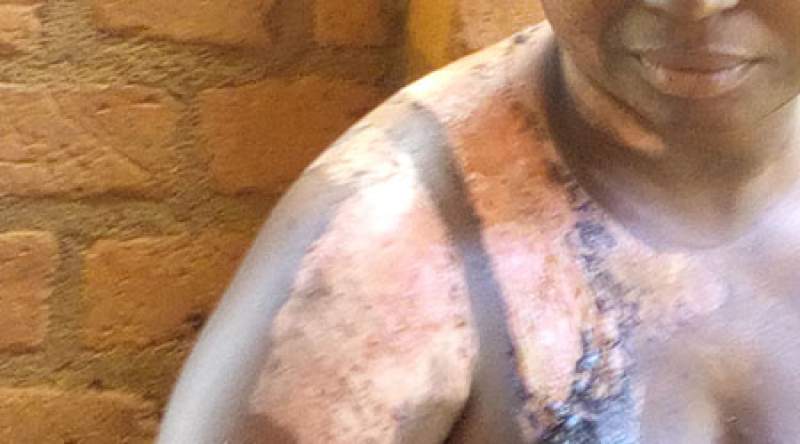 A 22-year-old woman, Mwayiwawo Kalidozo, in Mulanje is in severe pains after a fellow woman scalded her with boiled water over gossips.

Kalidozo spoke to Zodiak Online on Wednesday at Mulanje Magistrate’s Court while waiting to testify against Gloria Masingolo, who allegedly scalded her on 15th March, 2021.

“Gloria is my close neighbor and she came in fury into my house accusing me of gossiping about her. She then went out only to come back with a pot of hot water and poured on me,” said Mwayiwawo.

The case, according to Muloza Police Station Prosecution Officer Sub-Inspector Morris Walumbe, has twice been adjourned at the court as the victim’s condition has not improved.

“We arrested the woman on 16th March, 2021 and charged her with acts intended to cause grievous harm contrary to Section 235 of the Penal Code,” said Walumbe.

Meanwhile, District Social Welfare Officer in Mulanje, Martha Mkisi, has described the incident as total cruelty, adding that women who complain of being abused by men are abusing each other.

“There are different avenues at district and community level like our office, Community Victim Support Units (CVSUs) and Victim Support Units at police where people can go whenever they disagree on some issues other than resorting to violence. This is bad,” lamented Mkisi.

Gloria is currently on remand at Mulanje prison as hearing of the case continues on 8th April, 2021.