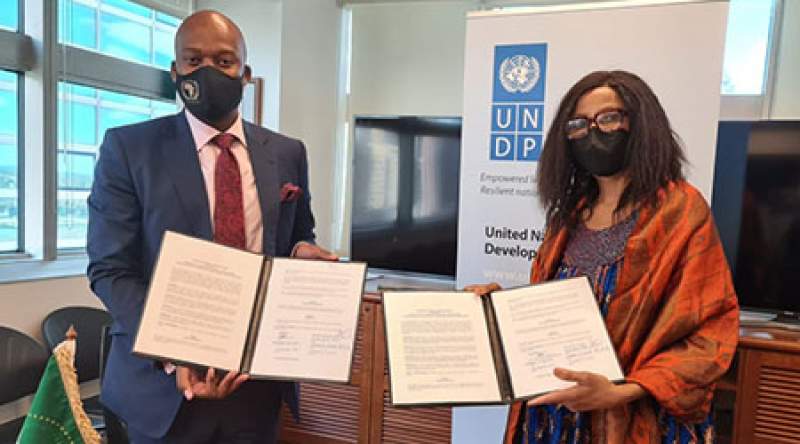 Cross border traders say the Single African Air Transport Market (SAATM) is one of backbones for economic development in Africa if countries ratify it.

“Road transport is easy when plying trade within neighboring countries such as Zambia and Tanzania because they are close. One can go and come back the same day, unlike trading with far countries such as South Africa,” he said.

Yohane says travelling to South Africa by road is very expensive for small scale business person, adding that it is also tiresome.

“You go through many detentions and you require more paper work to cross the borders. As a result, you encounter a lot of costs.

“It also takes more days to travel and that needs more money for food, accommodation and other expenses,” he said

According to Yohane, provision of affordable air travel would be more ideal for both cross border traders and the nation at large.

“One can travel within two hours to South Africa and come back the next day at an affordable price. This would be very good for traders.

“For now, it is very difficult to make profits due to expenses that we incur on road transport,” he said.

Yohane has since called on Malawi government to ratify the Market to grow the small-scale trade industry.

Malawi’s ministry of transport spokesperson, Andrew Mthiko, says that “Malawi has communicated to the relevant Authorities with a signed solemn commitment for the Single African Air Transport Market.

“Malawi would adopt the SAATM in phases considering that its aviation industry, specifically air operators, are still in infant state.”

He says that experience with liberalized air services elsewhere has also shown that they result in increased trade, both regional and intercontinental.

“Competitive air carriers with more frequent flights and lower fares can also offer the potential to trade in perishables and high-tech manufactures.

“The benefits of liberalizing African skies include bringing about extra jobs to the industry, increased passenger traffic due to reduced fares savings and trade activity is expected to increase,” he said.

Mthiko, however, says that “despite countries signing the solemn commitment, SAATM hasn’t yet been implemented.

“Some countries have actually pulled out of the commitment such as Burundi and Tanzania whilst other countries remain neutral on the subject matter.

“SAATM is facing an adoption challenge across the continent.”

He says that countries have raised specific concerns which has led to some of the countries to pull out of SAATM.

The concerns, according to Mthiko, include unfair competition, restrictions on free movement, charges and taxes and non-protection of indigenous airlines.

“Vast amounts of infrastructure investment are required for SAATM to ensure technological harmonization especially in air traffic management systems. States in Africa are not equal in terms of financials,” he said.

The Pan African Business Women's Association (PABWA) has touted the SAATM as a milestone in uplifting economic development in the continent.

The International Air Transport Association (IATA), a trade association for the world’s airlines representing over 280 airlines or 82% of total air traffic survey has indicated that, an extra 155, 000 jobs and US$1.3 billion in annual GDP can be created in countries under the SAATM yearly.

To date, 80% of African countries are members to the Market as only 34 countries have ratified the SAATM agreement.

Only 12 key Africa countries have opened up their air transport markets to increase connectivity.

SAATM is a flagship project of the African Union Agenda 2063 to create a single unified air transport market in Africa to advance the liberalization of civil aviation and act as an impetus to the continent’s economic integration agenda.