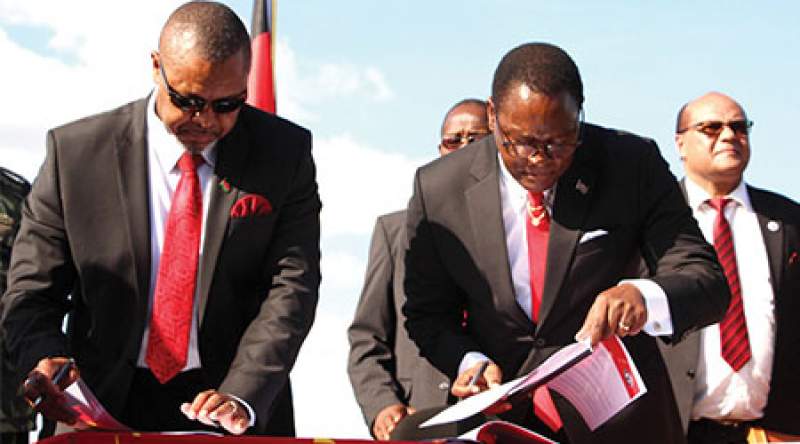 Two major parties in the governing Tonse Alliance, UTM and Malawi Congress Party (MCP), have not come out explicitly to disclose what is contained in the agreement between nine parties forming the grand coalition, a year after its formation.

As MCP Secretary General, Eisenhower Mkaka, has chosen not to talk to about the agreement, an apparent oblivious UTM Spokesperson, Frank Mwenifumbo, is suggestive, the details are what was spelled out during the unveiling of the Alliance in Lilongwe.

UTM’s Mwenifumbo told Zodiak Online that “let’s take note that this agreement was signed in public at Kamuzu Institute of Sports. It has remained so.

The two have, however, downplayed concerns all is not rosy in the Alliance despite visible squabbles and infighting by members within the governing Alliance.

“People will see our youth fight on social media platforms. The temptation is high that people may start speculating that things are not okay in the Tonse Alliance but what I want to tell people is that all is good in as far as the two leaders of political entities are concerned.

“The working relationship is fine; nothing has gone sour; and all is good,” said Mkaka.

Mwenifumbo concurred: “Things are okay amongst us. We have a very good working relationship and understanding but take note that where there is more than one spirit, things are bound to go wrong.

“What is important is to see that at the top there, the leadership is demonstrating unity that we long most. It is up to us to emulate the good leadership that is displayed by the two leaders.”

Members of MCP and UTM clashed in physical fight ahead of the March 30 by-elections in Karonga North West Constituency.