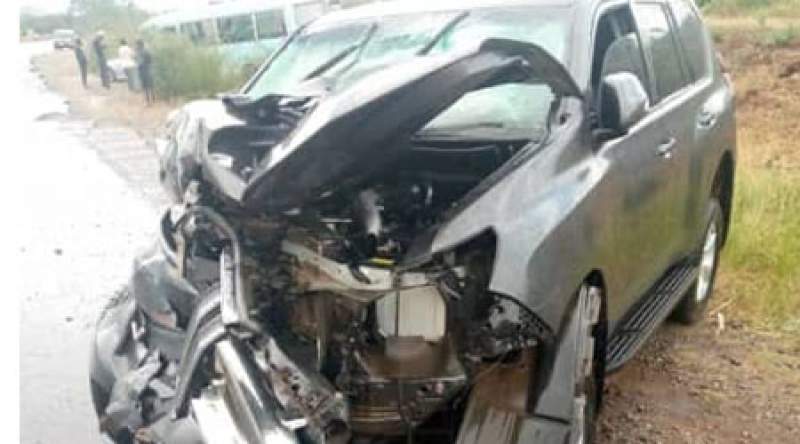 Supreme Court Judge Healey Potani is reported to be in stable condition as he continues to receive treatment at Queen Elizabeth Central Hospital after being involved in a road accident Saturday afternoon on the M1 road near Matindi in Blantyre.

Chileka Police Spokesperson, Sub Inspector Peter Mchiza, has told Zodiak on Sunday morning that both the judge and the driver of the coaster's condition is improving.

More than 16 other people from the coaster sustained minor injuries.

In Letter dated April 17, 2021, signed by the Trust' Secretary, Kandi Padambo Ndau, Inkosi ya Makhosi Gomani V says was saddened by the Judge's accident, saying they are happy that judge Potani’s condition is stable.

"Let us all put our prayers for His Lordship Potani' speed recovery," reads part of the letter.

Judge Potani was among the five supreme court judges that nullified the 2019 presidential election and ordered for fresh poll that took place in 2020.