Crime Rate Down By 10% in Neno 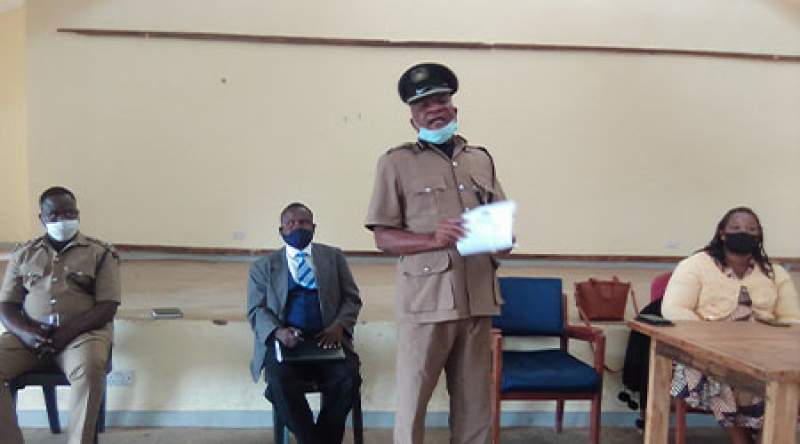 Police in Neno district have called for collaboration between police and the community policing forums in a bid to combat crime in the district.

Statistics show a slight decline in crime by ten percent in the first quarter of this year.

According to a report of this years first quarter, crime in the district has declined due to good working relationship with Community Policing Forums where in January to March 2021 one hundred and five cases have been recorded as compared to one hundred and fifteen in the same period in 2020.

Neno District Police Officer In-charge, Dennis Nankondwa, says "although we have reduced crime by ten percent, the figure of one hundred and fifteen is still on the higher size and this is frustrating development since project materials are at times being stolen."

He, however, said challenges to combat crime are still many ranging from office space and under staffing to tendency of some people of bribing victims to withdraw cases and outside court settlements.

In his remarks, Neno Police Station Executive Committee Chairperson, Rexstone Sangano, said that through consultations in times of crime, they have instilled a sense of trust between the police and members of the general public.

"Members of the general public are now confident with our police here in Neno. We are now reporting criminals to police through our community policing forums", he said.

Sangano further asked the police to source for them protective gear, saying they are lacking boots, reflectors and torches to use at night and during wet seasons.

Meanwhile, the police are calling upon community members to mobilize bricks and sand for the construction of a victim support unit, saying a Scottish retired police officer has already made a donation of two million Malawi Kwacha.

At the moment victim support unit services are being provided under a tree, which is defeating the sense of privacy.