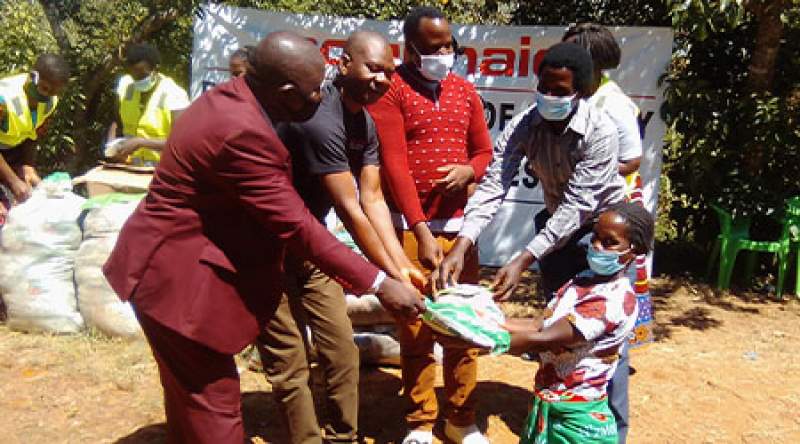 Action Aid Malawi (AAM) through IHART has distributed seeds for irrigation farming to some three hundred households of Sub-Traditional Authority Chikalema in Neno district who were affected by Cyclone Idai and fall army worms.

AAM Programs Manager for the South, Landani Masingati, says the idea is to see a resilient population during disasters while calling on the beneficiaries not to sell the seeds.

"The idea behind the exercise is to see a food secure population of families affected by the Cyclone Idai and fall army worms. They need to practice irrigation farming as a means of realizing enough food", he said.

Masingati further advised the beneficiaries not to sell the seed, saying abusing the donation, especially by men would result in perennial hunger.

Receiving the donation, one beneficiary, a mother of seven children, Josephine Singano said she will utilize Mkulumadzi river to irrigate her farm, saying Cyclone Idai and fall army worms devastated her family and were left with no food.

"The cyclone and fall army worms that hit our area left us with no food and life has been tough ever since. This donation will help us grow food during this period so that we have something to eat," she said.

Meanwhile, Women's Forum Director Lucy Howa, whose organization is overseeing the process of identifying the beneficiaries, says the donation has come at a right time when Neno has rivers that run throughout the year.

Sub-Traditional Authority Chikalema acknowledged presence of hunger in his area.

Among the seeds are beans, maize, vegetable and tomato seeds worth six million Malawi Kwacha.