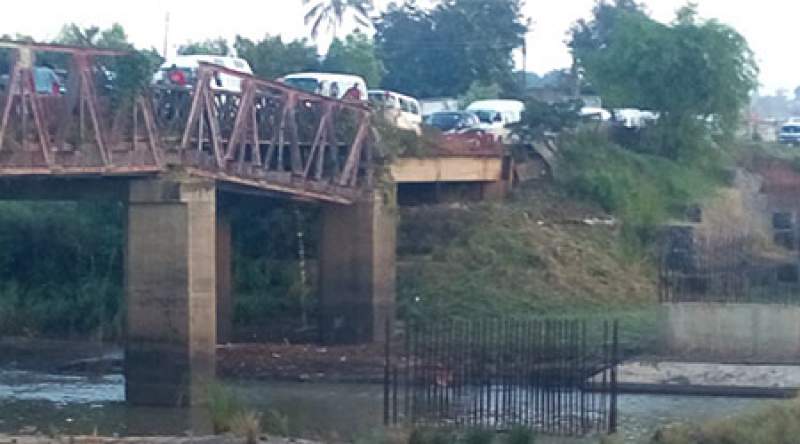 They have described the old bridge as a death trap.

One of the motorists, Stanford Chemula, said the old Thuchira bridge does not last long when rehabilitated and this poses risks to lives of people passing at the bridge.

“We are not comfortable driving on this old and dilapidated bridge with many lives of people. When the government started constructing the new bridge, we were all happy and it is a sad development now that works have stopped,” said Chemula, the minibus driver.

Roads Authority Spokesperson, Portia Kajanga, says works were suspended in September 2020 due to delayed payment to the contractor, FARGO Limited.

She said works will resume when issues surrounding payment are sorted out.

“So far the contractor has completed construction of both piers and one abutment and remains with one abutment,” said Kajanga.