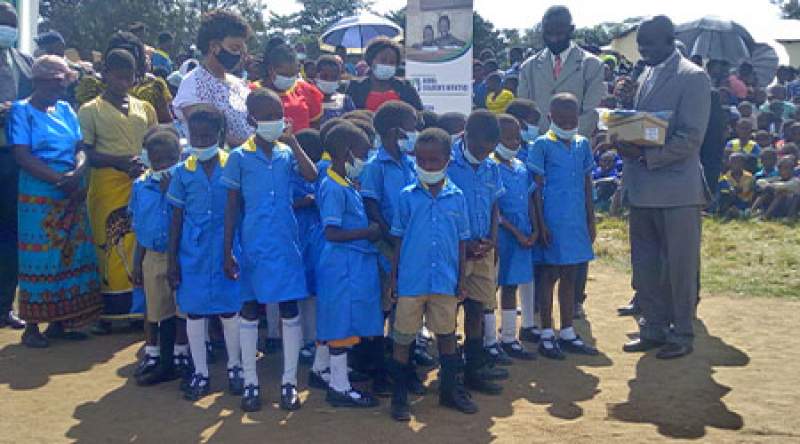 The Initiatives aims at bringing uniformity among learners, among other objectives - pic by Hastings Jimani

A school motivation program-Anika Children’s Initiative has been launched in Mulanje with focus of providing basic scholastic materials to needy learners in schools.

The initiative is a brainchild of the school’s alumnus, Henry Mukhuna, currently based in the United States of America.

At the launch of the initiative on Friday, 300 needy learners at Chingoli Primary School were given school uniforms including school shoes and 102 other children received shoes only in Mulanje.

The Initiative’s board chairperson, Victor Mhango, said the initiative is aimed at making learners equal when they all put on school uniforms.

“We realize that poverty affects performance of some learners in class and some drop out of school because of this monster, poverty, and this is the reason we decided to embark on this initiative,” said Mhango.

Minister of Gender, Community Development and Social Welfare Patricia Kaliati who graced the launch said it is worth commending to see individuals supporting needy learners.

“I also urge the initiative and other organizations to partner with various schools and support them in infrastructural development and teaching and learning materials,” said Kaliati.

According to Mhango, currently they are mobilizing funds to construct a basketball court at Chingoli before rolling out to other schools in the district.