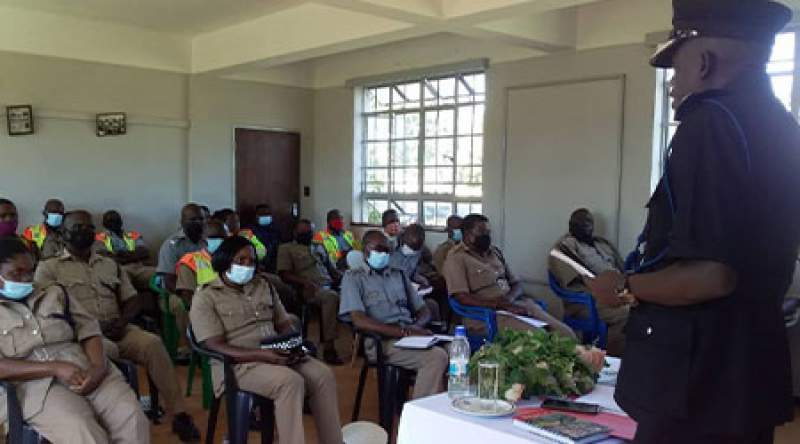 Eastern Region Police Commissioner, Happy Mkandawire, says more reports of corruption, especially among traffic police officers are denting the image of the service and has warned not to shield any officer found in the wrong.

"Reports are rife that traffic officers are at the helm of demanding bribes on the roads mostly from taxi operators.

"Let me warn all of you that we will not shield anyone but arrest and prosecute any such officer implicated in the malpractice," said Commissioner Mkandawire.

He said he is aware that they are exposed and tempted to many acts of corruption, but this is where they need to stand out and arrest those attempting to bribe them on the roads, saying this will deter those who intend to offer bribes.

Eastern Region Traffic Officer, Superintendent Witness Kasonya, assured their commissioner that they will strive to execute their work professionally.

Kasonya said: "The warning has come at the right time when issues if corruption involving us traffic officers are on the rise and will strive to ensure professionalism."