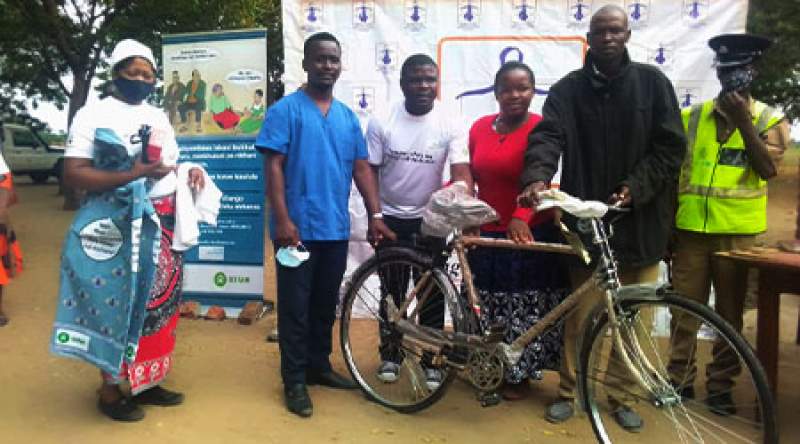 The Women's Legal Resources Centre (WOLREC), has decried resistance by some people in Nsanje who are allegedly still engaging in harmful cultural practices.

WOLREC Project Officer, Enerst Mujavo, noted with concern that women and girls are falling prey to the vice.

The WOLREC Project Officer raised the concern in the area of Traditional Authority Tengani in Nsanje, when the organization donated materials including phones, bicycles, t-shirts and wrappers to community stakeholders that are working with the organization in fighting violence against women and girls in the area.

The materials were donated under over K900 million United Nations Trust Fund 3-year project, aimed at eliminating GBV in Nsanje and Balaka districts.

"People are still engaging in harmful cultural practices such as kulowa kufa; besides, early marriages remain on the rise. That's why we are here to disseminate messages to the communities on the effects of GBV,” lamented Mujavo.

He believes the materials that have been donated will ease coordination and networking.

"We also believe that the messages we are disseminating through the t-shirts and wrappers, will make a difference in eliminating GBV cases," said Mujavo.

According to the he WORLEC Project Officer the project is being implemented in partnership with Oxfam.

In Nsanje the project is being implemented in the areas of Traditional Authorities Tengani and Malemia.

Tengani based Community Activist, Charles Mahosi, has described the project as critical in eliminating Gender Based Violence (GBV).

"Already the project is making a difference in eliminating GBV cases in our area. Our women and girls are now breathing a sigh of relief. The situation was bad,” said Chisi village based Muhosi.

Traditional leaders in Nsanje have however been cautioning against hiring men known as 'hyenas' to do sexual cleansing, saying the best is to identify couples to do it.

There have been concerns that the practice of hiring someone to have sex with wives to deceased a cultural practice popularly known as "kupita kufa" has been exposing women to HIV/AIDS.