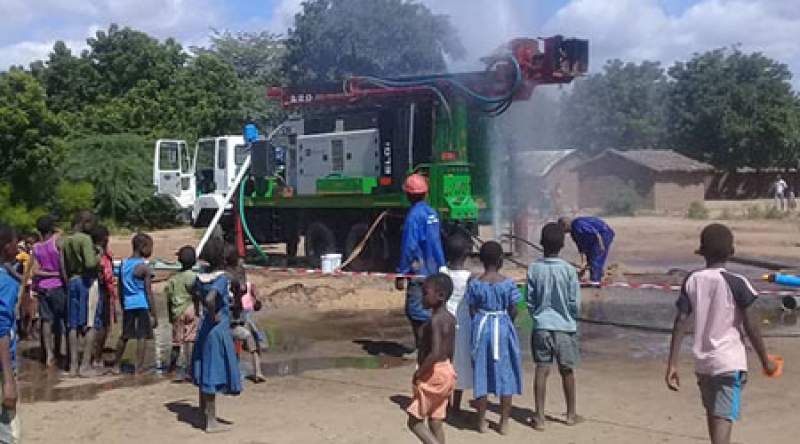 There are prospects of improved access to safe drinking water at Mpisamanja and the surrounding areas in the area of Traditional Authority Mbenje in Nsanje.

This follows a 20-million-kwacha solar powered water project which according to Member of Parliament for the area, Glady's Ganda, will benefit over 3, 000 people.

Some members of the community in the area of GVH Mpisamanja told Zodiak Online, access to potable water is a nightmare.

"We struggle a lot to access safe drinking water. Imagine, the whole area of GVH Mpisamanja, we only have two boreholes.

"Women and girls are forced to wake us as early as 4 am to fetch water. They return home at noon. The women fail to attend to agricultural activities as a result,” he said.

Billiat believes things will not be the same. He assured the authorities that the project's equipment will be taken care of.

Member of Parliament for Nsanje Lalanje, Glady's Ganda, admitted access to safe drinking water has been a hustle in the area.

"I started initiating this piped water system with Phokera and now we are extending coverage," said Ganda.

"As a woman, I know how fellow women and my mothers struggle to fetch water from different water points. Rivers, wells and other bodies have always provided unsafe water for drinking.

"This is why I have emphasized the need to lobby for safe potable water for anyone during my tenure as an MP for Nsanje Lalanje,” she said.

She added; "I am aware of the waterborne diseases that are claiming innocent lives. To lose lives because of lack of potable water has been a concern to me.

"I am optimistic therefore that with encouragement and lobbying for more investment in the potable water provision, Nsanje Lalanje constituency will never be the same in the next 10 years as regards water development," said Ganda.

According to the Nsanje Lalanje constituency Member of Parliament, the funds for the project will be drawn from Constituency Development Fund (CDF) and borehole fund.