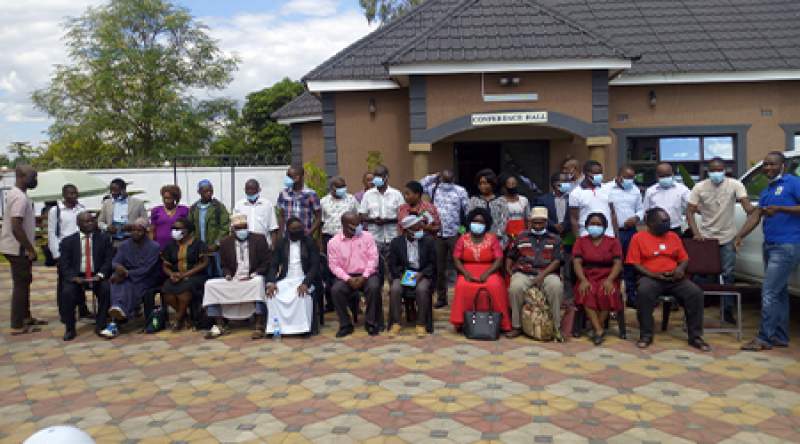 Participants to the stakeholders meeting - pic by Raphael Mlozoa

Malawi Economic Justice Network (MEJN) has warned that Malawi can lose some notable gains it has made on human development if deliberate efforts to address inequality are not made.

MEJN Regional Coordinator for the South, Mike Banda, said while a number of good programs are being implemented to graduate people from being poor, few who are rich continue to get more, widening the gap further.

Banda who was speaking in Mangochi during a stakeholder meeting under their fighting inequalities project, which is focusing on challenges communities are facing in the mining industry, said unfortunately addressing such level of inequalities requires a lot of public funds which the government does not have.

“Significant investments have been made by government and other stakeholders in poverty reduction efforts, but no improvement in beneficiary livelihoods has been registered as evidenced by increasing inequality gap, although the country is recording positive economic growth,” said Banda.

“The situation puts Malawi on a situation where it can lose progress in some aspects of human development, such as decline in the under-five stunting rate, infant mortality rate and other things,” explained Banda.

However, unlike programs like social cash transfers, which are good initiatives, but with little contribution in reducing inequalities, mining can be another potential area to transform life of the poor if well managed, according to Banda.

“When you see programs like social cash transfers, only few out of the supposed beneficiaries receive because the government basket is not enough, so when you look at the mining sector it has potential to uplift the communities if properly regulated and there is sanity,” explained Banda.

A district council representative, Mr. Owen Kumwenda, described the initiative as positive saying it complements government's efforts in ensuring that the efforts being made in addressing inequality are effective.

“Sometimes people suffer because they don’t know where to get development, not because government cannot provide them, so such programs enlighten them to make good decisions,” said Kumwenda.

The joint country program which is being funded by Norwegian Church aid and Danish church aid brought together, government officials, CSOs and religious leaders.