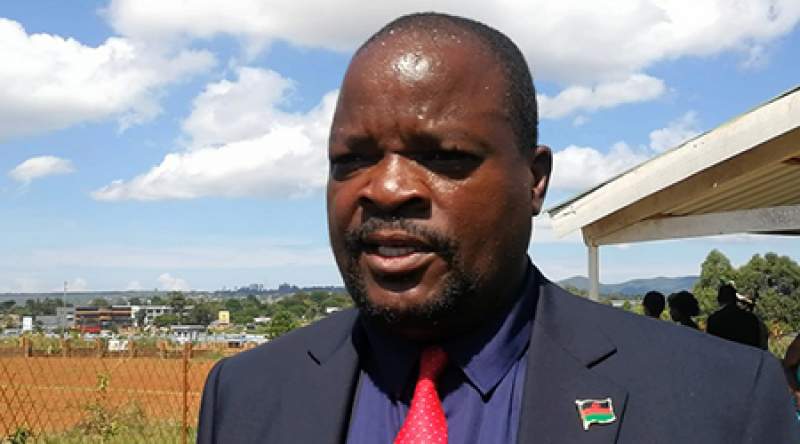 The Mzimba North Parliamentarian, Yeremia Chihana, is planning to table a motion seeking to address weakness in the system of buying and selling fuel in Malawi which he says is leading to loss of forex.

Chihana wants the house to resolve that the Malawi Energy Regulatory Authority (MERA) should review procurement preferences with a view to maintaining the Ex-Tank mode and not the Delivered Duty Unpaid (DDU) in order to save a lot of forex.

Chihana’s motion which appeared on the order paper of Tuesday, May, 18, 2021, under private member business, comes barely three days after a Parliamentary Committee on Natural Resources and Climate change, ordered MERA to resolve differences with National Oil Company of Malawi on procurement, which may result in fuel shortages if not resolved soon.

The Honorable Member for Mzimba North to move: ‘’That, having noted with concern that Malawi continues to lose a lot of forex and jobs for Malawians, through the use of two systems of buying and delivering of fuel in this country namely, Duty Delivered and Unpaid largely by foreign owned companies and Ex-tank by PLC.”

“And considering that the railway line, as a cheaper mode of transporting fuels into Malawi in not being used, this House resolves that, the Malawi Energy Regulatory Authority should review these procurement preferences with a view to maintaining the Ex-Tank mode in order to save a lot of forex and to report to this House through the Minister of Energy.” leads part of the motion on the order paper.

Speaking with Zodiak from Sierra Leone where he is on official duty, as the Chairperson of Southern African Parliament Caucus, Chihana, said he will move his motion in the house probably in the first week of June, when he is back in the country.

“My intent and focus are on the pricing mechanism under DDU, which does not reflect on what is in the rules and regulations governing the liquid fuel and gas, which states that we should use the ex-tank model for pricing, which translate to tax and levies on fuels,” explain Chihana, while assenting the motion.

Currently, NOCMA prefers DDU mode of importing fuel, where procurement places the responsibility of delivery in the hands of the supplier and product only changes hands after it has reached its storage tanks.

However, the Ex-tank model, places responsibility of product is in the hands of the buyer from port of discharge and the buyer bears responsibility of all the logistics, which Chihana, feels is secure, as goods are transported by the owner, cheaper and give Jobs to Malawians who are paid in Kwacha to save forex.