QMAM Encourages Men and Boys to go for HTC 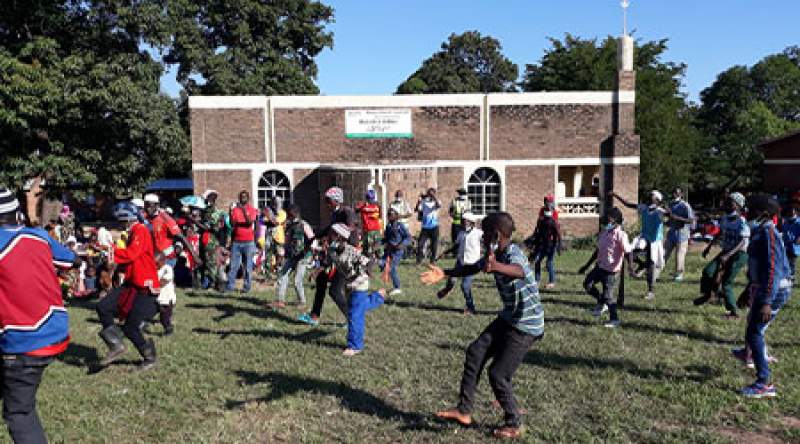 Sikili is one of activities being used - pic by Moses Masiye

A development arm of the Quadria Muslim Association of Malawi (QMAM) says it has taken a different approach to encourage men and boys go for HIV testing and treatment using religious leaders and disseminating messages through dance and sports competitions.

QMAM Programs Manager, Osman Chunga, says they are on the move meeting men and boys where they are easily found and accord them HIV testing services.

Chunga says this has been possible with financial support from USAID through HP+ to implement faith and community initiative project aimed at ensuring that men and boys are realizing the importance of going for HIV testing services.

Chunga says: "We are using Sikili dancing competitions and sports bonanzas in Machinga and Mangochi districts because they are some of the best community mobilization tools especially for men and boys who are our target in the project.

"We come along with health experts to offer HIV testing and counselling services considering that the target rarely find time to go for such services unlike women and girls."

Traditional Authority Mposa of Machinga says QMAM through the intervention has brought mindset change among men and boys who were reluctant to know their HIV status.

"Men and boys are usually reluctant to go for health services in general and this intervention by QMAM has caught the men as well as boys in their nest," says TA Mposa.

Faith and community project is also reaching out the men and boys with similar messages and services on HIV/Aids in their respective mosques through the religious leaders who were trained on how to provide self-testing information and kits.