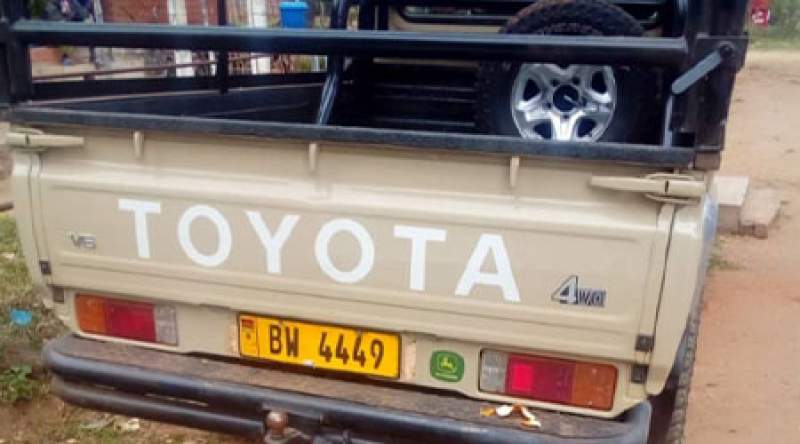 The car suspected to have been stolen - pic by Moses Masiye

Reliable inside sources have told Zodiak Online that the officer, Sub Inspector Francis Ntalawe of Thambani Police Unit, aided three others to smuggle the vehicle which had a Malawian registration number BW 4449.

But Mwanza police spokesperson Edwin Kaunda has only confirmed the arrest of three other people denying to comment on the colleague.

Kaunda says they intercepted the vehicle on Thambani road as it nearly reached Mwanza boma, following a tip off from well-wishers.

Banda told the police that he bypassed Mwanza border because he had no money to pay duty tax, but verification with Interpol revealed the vehicle was stolen at gun point in South Africa on May 19th this year, according to Kaunda.

All the three who come from Mangochi district are expected to appear in court upon completion of police investigations currently underway.