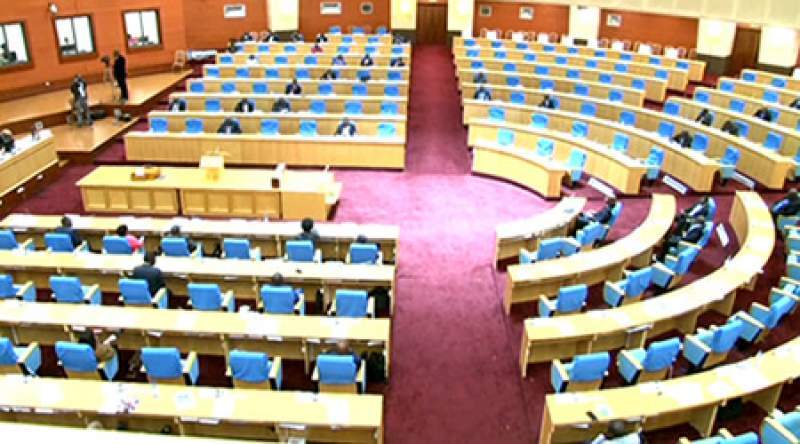 The youth want parliament to discuss the matter - file photo

A youth organization in Blantyre has added voice in asking the current sitting of parliament to debate and pass long delayed Termination of Pregnancy Bill in order to end unsafe abortions related deaths among young women and girls.

Liwindo believes this will help the country to achieve the 2063 national agenda as there will be more energetic and productive citizens to actively participate in development.

“It is pathetic that despite thousands of Malawian women dying each year from unsafe abortions, lawmakers have been reluctant to debate and pass the bill into law,” complained Liwindo

“We have heard of recent unsafe abortions related deaths in Ndirande in Blantyre and Dedza. We believe this is the time to act in the best interest of poor village girls who struggle to get safe services,” explained Gondwe.

Health Parliamentary Committee Chairperson, Dr. Mathews Ngwale, says it is encouraging that such demands are coming from the people especially the youth.

“I am happy that such voices are coming from the youth. I know that some members of parliament are reluctant to support the bill because of how religious leaders, chiefs and others perceive the issue. But when people speak, we hope something can work out,” said Dr Ngwale.

The bill, pushed by activists since 2015, is aimed to expand legal abortion from cases where the mother’s life is at risk to include rape, incest, fetal deformity, and threats to health.

The current old law criminalizes abortion, unless the mother’s life is in danger, with offenders facing up to 14 years in jail.

Critics say the law leads to more than 140, 000 backstreet abortions annually that cause 12, 000 deaths, according to a joint study by Malawi’s College of Medicine and the U.S based Institute.

The bill was to be debated last year and March this year but was dropped because of widespread opposition from conservatives and religious groups, who consider all abortions to be murder.