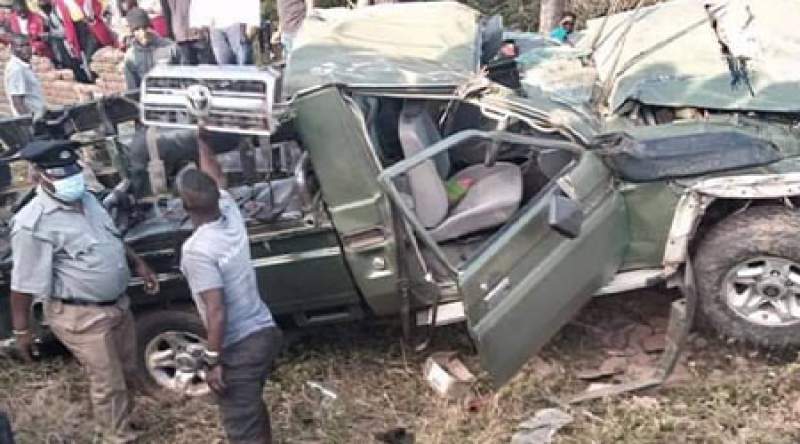 Two soldiers of the Malawi Defense Force have died this afternoon when a Military Police pick-up vehicle they were traveling in on President Lazarus Chakwera’s convoy overturned at HHI in Blantyre.

Government spokesperson, Gospel Kazako, says the president is saddened with the deaths.

“I regret to communicate that two soldiers have been killed in a road accident involving the presidential convoy near Grace Bandawe along Magalasi road in Blantyre this afternoon.

“The soldiers were travelling in Military Police vehicle which is the last vehicle on the presidential convoy.

“His Excellency President Dr. Lazarus McCarthy Chakwera is deeply saddened with the deaths,” Kazako says on his Facebook page.

The President was travelling from Lilongwe to Blantyre where he is expected to carry out state functions.