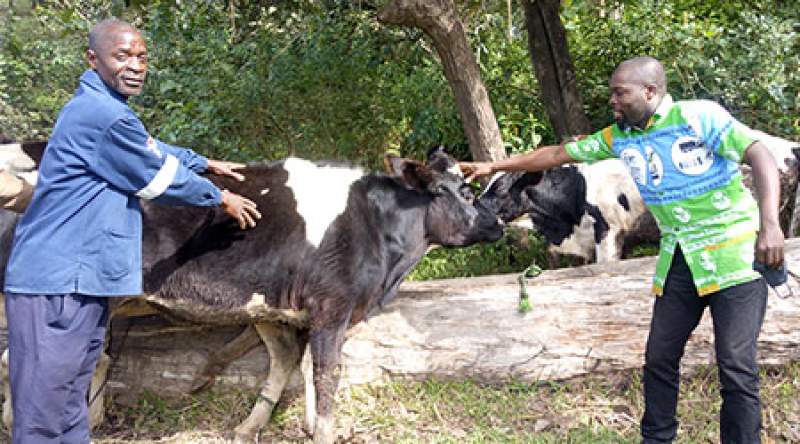 The group's chairperson, Christopher Mosiwa, told Zodiak Online that farmers has made a commitment to contribute 30% to the grant translating into K18 million.

Mosiwa said currently, they have received K20 million and part of this money has been used to buy 20 heifers.

"We have today distributed these heifers to the farmers and in few months to come we will buy some more 30 heifers to make it 50. With the total grant, we expect to buy 100 heifers," said Mosiwa.

He said the grant will help them supply more milk to their buyer; Lilongwe Dairy Company.

Director of Agriculture and Natural Resources at Mulanje District Council, Yaz Nyirenda, tipped the farmers to establish more pasture fields as animal grazing has been a challenge to most farmers in the country.

"I urge you to work hand in hand with extension workers in the area for disease control and surveillance; otherwise, you may lose your heifers to different diseases that attack cattle," said Nyirenda.

Senior chief Mthiramanja thanked AGRICOM for supporting the farmers and expressed hope that in five years to come, the area will transform economically.

Chonde diary bulking group has 380 farmers from Mulanje, Thyolo and Chiradzulu with over 1, 000 cattle.