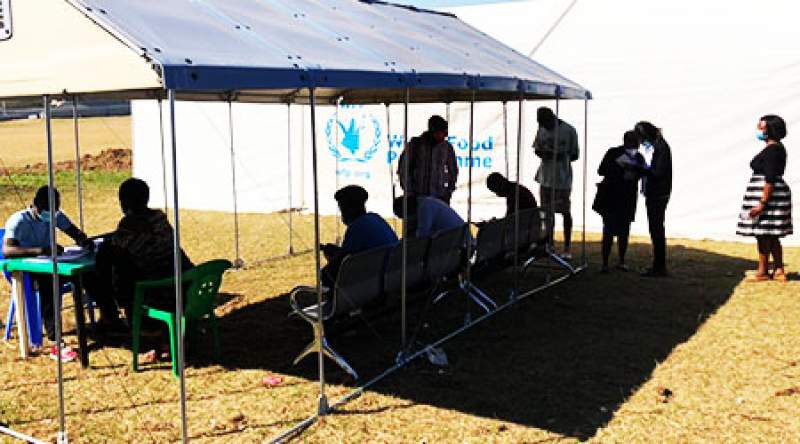 Vaccination sites in Blantyre are experiencing low turnout for the Johnson and Johnson vaccine which started rolling out today.

Zodiak Online spot-checks in Zingwangwa vaccination site witnessed that at Gateway clinic and Blantyre Youth Centre, people did not come in large numbers as it was in the previous vaccination exercise for the AstraZeneca vaccine.

Some of the few residents who came to get vaccinated said they chose the Johnson vaccine as it is a once off jab and in adherence to government set regulations to protect themselves and others amid the ragging delta virus.

One male resident claim that there has been a lack of adequate knowledge and awareness of the vaccine.

“Our government cannot accept a vaccination that is deadly to our health. The president, Vice president, chiefs and health workers are receiving this vaccination; why should we doubt its authenticity?

“Maybe because of lack of awareness or knowledge I don’t know how to put it, people are afraid, but all I can advise my fellow Malawians is to get vaccinated and protect yourself and others against the virus,” he said.

Another female resident who received her vaccination at Blantyre Youth Centre said the low turnout could be because people are waiting to hear effects testimonies from those who have been vaccinated.

“My family and I decided to come and get the Johnson and Johnson vaccine because it is only one jab and because we want to protect other from the virus. The process today was fast because there are not many people here.

“I think the low turnout is because people want to hear testimonies from those who came today before they can get their jab. However, I want to urge everyone to hurry and get their jabs regardless of religion or rumors being spread,” she said.

Blantyre District Health Officer, Dr. Gift Kawalazira, has blamed the low turnout of people for the Johnson and Johnson Covid-19 vaccination exercise on wrong attitudes and negative perception of the vaccine.

Kawalazira has conceded that despite carrying out massive awareness campaigns, their efforts have not yielded the expected outcome, but remains hopeful, with time the numbers will improve

“It is not true that people are not aware, they are aware but there hasn’t been expected behavior change among the people as the change takes time and we are hopeful that as we move forward more people will come and be vaccinated,” said Kawalazira

Blantyre has received 20 900 of Johnson and Johnson vaccines out of the 302 400 doses the country received on Saturday.