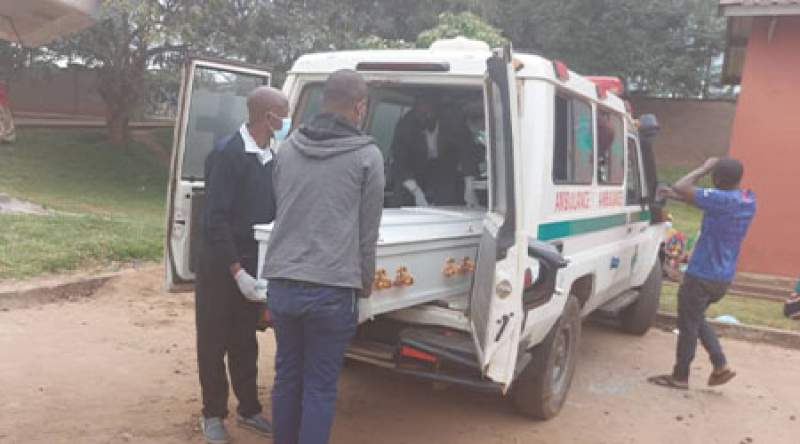 The Malawi Police Service says two case files have been opened against people suspected to have injured an ambulance driver and two health workers for Thyolo district hospital and damaged an ambulance during burial of Group Village Head Kapichi on Monday, 16th August, 2021.

Police Spokesperson for South Eastern Region Inspector Rodrick Maida told us they are closing in to arrest the suspects and charge them with assault and malicious damage offences.

Villagers mostly grave diggers allegedly caused mayhem during the burial of the chief as they protested that the chief succumbed to COVID-19 and that burial of her body should be done in accordance with COVID-19 funeral guidelines.

Group Village Head Kapichi according to Commissioner for Thyolo Douglas Moffat who had been acting as Senior Chief Kapichi was diabetic.

“The chief felt sick last weekend and was taken to Mulanje Mission Hospital where apart from diabetes, she was also diagnosed of COVID-19. Unfortunately, the chief died on Sunday and relations and subjects were told on burial guidelines of a COVID-19 body.

“But during burial of the body of GVH Kapichi some villagers and grave diggers caused mayhem in protest of advises by health authorities to adhere to COVID-19 funeral guidelines,” said Mr. Moffat.

Meanwhile authorities in Thyolo have refuted news circulating on social media that the mayhem happened after people found that there was no dead body in the coffin.