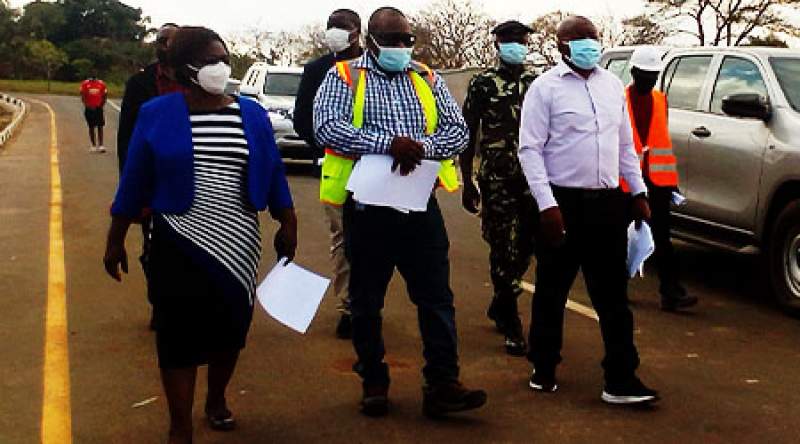 The Minister of Lands, Housing and Urban Development, Kezzie Msukwa has expressed his concern over uncompleted access roads in Kanjedza Township in Blantyre.

Msukwa said this in Namiwawa on Saturday after inspecting the roads in the township that the contractor is failing to complete the project because he is not satisfied with the price agreed with the government which is K3billion.

“As a ministry, I am concerned, we need to start the second phase as we know the rains will be coming very shortly, if we had started the second phase, we would have saved a good part of the roads,” Msukwa said.

However, Msukwa appreciated Namiwawa access roads which are completely done, saying they are of high quality and durability.

“For any house to be done, you need infrastructure by way of an access road.

“Now you can see the area here is nice; people were located in this area somewhere in 2011 but were unable to develop because there were no roads,” Msukwa said.

Meanwhile, Msukwa says the government will plan and start the procurement process so that the pave access roads in Kanjedza of tar.