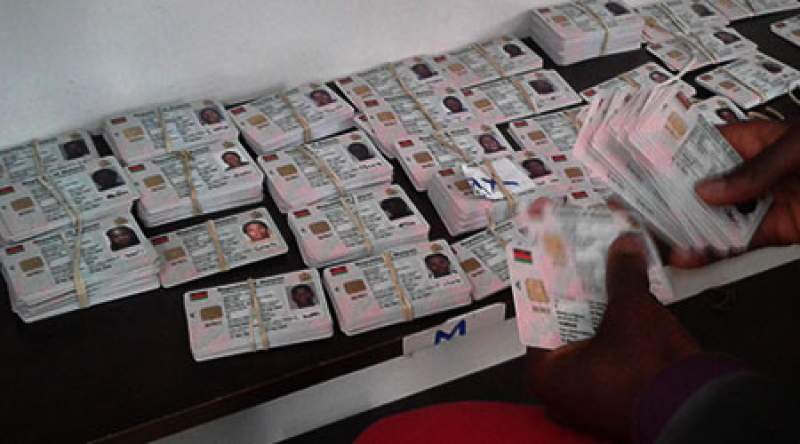 The Bureau has conceded is facing challenges - pic by Happy Njalam'mano

Zodiak Online can reveal that the National Registration Bureau (NRB) is failing to issue National Identity cards (ID's) due to faulty printing machines, the Bureau's Spokesperson, Norman Fulatira, has confirmed.

Fulatira conceded in an interview on Wednesday that currently, the Bureau is only operating with three printing machines which is affecting the issuance of the cards.

"It is true we have a problem with our printers some of them are faulty. We have bought spare parts for these machines. We expect them to be in the country anytime," explained Fulatira.

The NRB Spokesperson added that "we are also buying new printers, three in number to increase the fleet of our printers.

"So, we are hopeful when all these things are in place, when we have repaired the faulty ones, our service delivery will improve."

The NRB Spokesperson admitted the problem has impacted negatively on the entire process.

"It has affected the entire process. The process is complete upon a client receiving his or her ID card. We have a backlog of records that we have to print.

"So the problem has affected us that is why you see in most of our registration centres, we are failing to issue IDs," explained Fulatira.

He was however hopeful that very shortly the Bureau will print at a minimum level.

The development comes amid concerns of delayed on issuance of the National IDs among the citizenry.

People who have been speaking to Zodiak Online in Nsanje north, decried the speed at which the Bureau is handling the process of issuing the ID's.