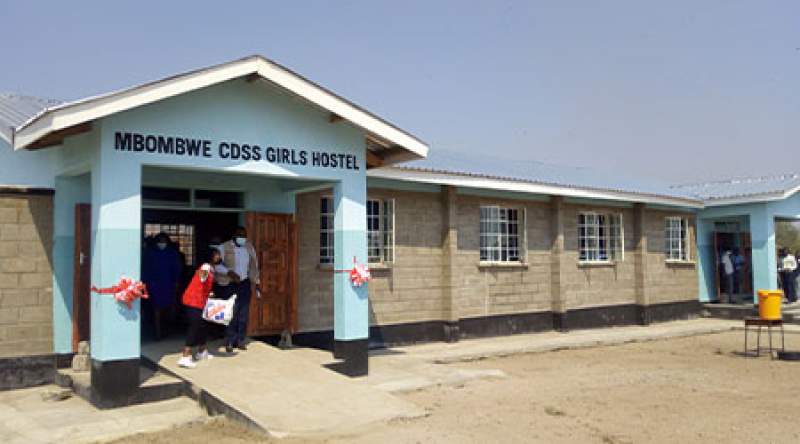 Authorities in the country's South East Education Division (SEED) have expressed concern over the increasing numbers of students dropping out from secondary schools in the division.

Winiko said absenteeism and school dropout is a big challenge in the division which encompasses, Balaka, Machinga, Mangochi and zomba districts.

However, Winiko said despite the challenges being common in all the four districts, Mangochi tops the list due to numerous challenges including distance to and from schools.

“I may not have readily available data for all the districts with me now, but in Mangochi for example in the 2019/2020 the total enrolment was 7981, and out of these students 640 dropped representing a total dropout rate of 8 percent,” explained Winiko.

She said going by gender from total enrolment, 6 percent of boys

Winiko therefore, welcomed the gesture by MRCSS for constructing girls hostel saying will positively reduce number of girls abstaining from school due to distances and other challenges on their way to and from school.

According to the school’s head teacher Rodgers Mpinganjira, some students cover about 17 kilometers to reach school, approximately 34 kilometers a day to and from school.

MRCS President Innocent Majiya, said is happy that the hostel which was part of the community resilience project the organization was implementing in the area between 2016 and 2019 has been finally delivered to the community.

Majiya whose organization also handed over to community Kadewere and Mtuka Community Based Care Centre’s, said it is their expectation that communities will make good use of the development as the organization was only complimenting their wish.

Senior Traditional Authority Sultan Chowe, promised that as communities will make sure that all the facilities are well taken care of.

The MRCS community resilience project which was funded by a consortium of Red Cross Societies, including Finish, Icelandic, Danish, Italia had about five different components that was being implemented.