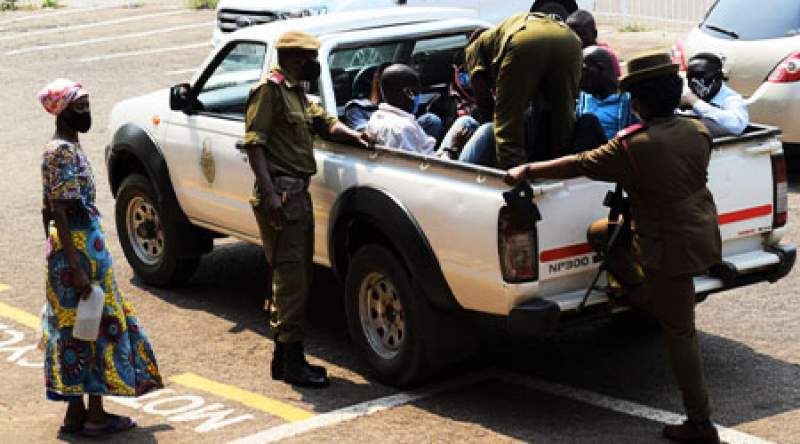 The suspects of murder, removing body parts and Trafficking in persons have denied wrong doing - pic by Emmanuel Chibwana

Six suspects in the murder of a14 year old boy with albinism in Phalombe have pleaded not guilty to three charges.

The suspects of murder, removing body parts and Trafficking in persons have denied wrong doing.

The six were brought before judge Violet Chipao at Zomba district high court registry on Monday.

The state represented by Andrew Salamba, Acting Chief State Advocate said he was ready to prosecute the case.

However, defense lawyer Principal Legal Aid Advocate Newton Mdazizira asked for more time, saying there is a new suspect whose details he is not accustomed to, and trial documents were served on 29th September 2021.

After arguments and counter arguments, the two parties agreed that from 1st November to 5th, all being equal, the trial will begin.

Two suspects in the case, uncle to the deceased, James Namauzongo and prospective buyer of the body parts, Grace Katunga are still on the run according to the state.

The case will move to Phalombe when trial resumes.

European Union under the Chilingamo programme, is funding this adhoc homicide trial as a measure of seeking justice to the vulnerable.