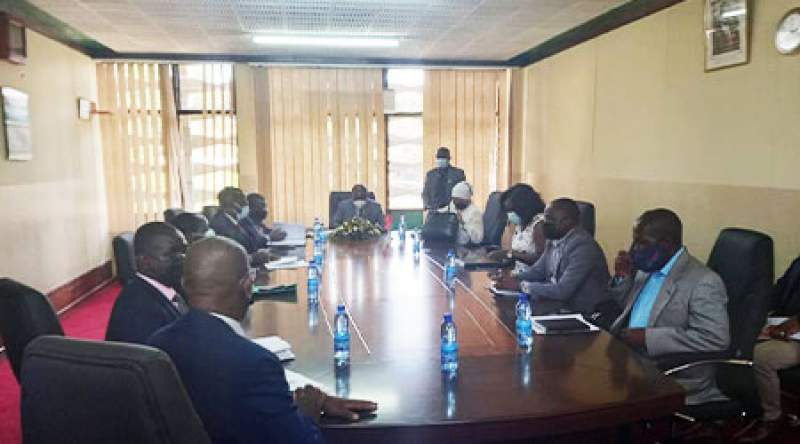 Malawi Housing Corporation (MHC) workers have ended their three-day strike after an assurance by Minister of Lands, Housing and Urban development Kezzie Msukwa that their grievances will be addressed.

The workers were protesting against poor welfare including lack of annual salary increment and promotion claiming that others have stuck in the same position for 19 years now.

MHC Workers Union President Kondwani Chitimbe has since asked all employees to resume work on Wednesday.

“The two ministers, Kezzie Msukwa and his deputy Abida Mia have heard our concerns.

“They have assured us that all our concerns will be handled with urgency. We cannot continue to strike considering that the company has lost a lot of revenue in the three days of the sit-in,” said Chitimbe.

Msukwa said is planning to meet the MHC board on Wednesday to order them to immediately attend to the employees' concerns.

“To us the issues that the workers were complaining about were very simple and that they could not even reach this extent.

“We however understand that the board found MHC in a sorry state. But we assure the workers that their concerns will be addressed,” said Msukwa.

Earlier on Tuesday afternoon, the workers were seen singing, dancing and beating drums as they were waiting for minister Msukwa and Abida Mia to address them.