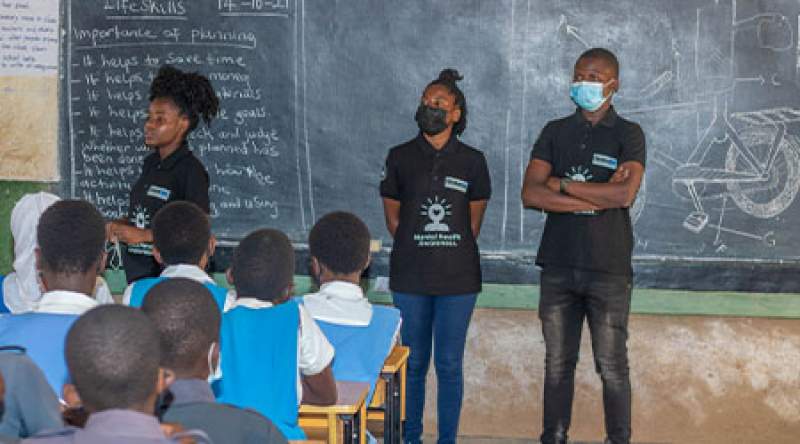 Lessons in progress - pic courtesy of You are Not Alone

You are Not Alone, a nonprofit grouping of young Malawians aged between 19 to 23, has trained Standard 7 leaners at South Lunzu Primary School in Blantyre.

Founder of the grouping, Karen Bisalomu, says many people in the country are depressed and ended up committing suicide; hence, the decision to talk to the young people.

“We thought it wise to raise awareness on mental health and depression so that people should know where to seek help. Mostly, people are getting depressed but they do not know what to do.

Bisalomu has, therefore, called upon authorities to invest heavily in mental health just like they have done with COVID19.

Frida Mathanki, a Standard 7 teacher at the school, called upon parents and guardians to have time and interact with their children and wards as a way of dealing with depression among children.

“During our time, we used to have parents telling us folktales at night. Our parents were having time to chat with us as children. This helps a lot as the children have opportunity to open up with parents on issues affecting them.

“However, most of parents today are very busy with work and technology devices such as phones, having no time for their children. As a result, the children have no one to talk to when they have issues; hence, the increase in suicide among children,” she said.

Mathanki commended the young people for considering her learners with mental health lessons which she says have opened their eyes.