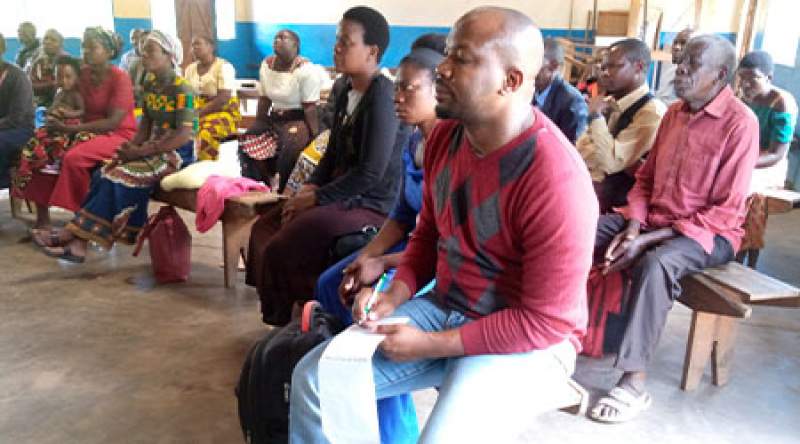 The Women Legal Resource Centre (WOLREC) has challenged political party structures to create conducive environments for aspiring young women politicians if democracy and development is to be achieved in the country.

A Young Women in Active Politics Group member, Venusta Rich while saying lack of finances is contributing to fewer women taking up political positions, politicians are also barring them from coming into the limelight.

"One major challenge we are facing is on financing, we don't have enough money to compete with well-established politicians. We appeal to the electorate to go for issue-based campaigns not monetary ones", she says.

WOLREC programs officer Evans Phiri echoed Rich, saying a lot of women are being left behind in party politics because they lack resources such as money and exposure through their local leaders.

He says to deal with this problem, there is a strong need for traditional leaders, party district structures and others to join hands in campaigning for issue-based campaigns not monetary ones.

"If traditional leaders, party authorities and people change their minds, I believe young women will be able to contribute to democracy development in our country, we should embrace issue-based manifestos", narrated Phiri.

Venusta Rich further noted that it was disturbing that some top party brass bar the youths from meeting their learners whom she describes as their role models.

But UTM's Neno district secretary, Sam Ny'ambi says his party is open to intra-democracy and has encouraged young women to take advantage of the new constituency which MEC has added to the two in the district to compete in 2025 general elections.

"UTM as a party believes in inclusion and we thank WOLREC for this project," said Ny'ambi.

Meanwhile, Group Village Headman Mlauli has appealed to the young women to advance their agendas with confidence and respect for the elders saying character is key to achieving their dreams.

The European Union, Danish and Norwegian Church Aids are in a drive to influence full participation of young women in active politics and leadership positions in a bid to foster development in their localities.