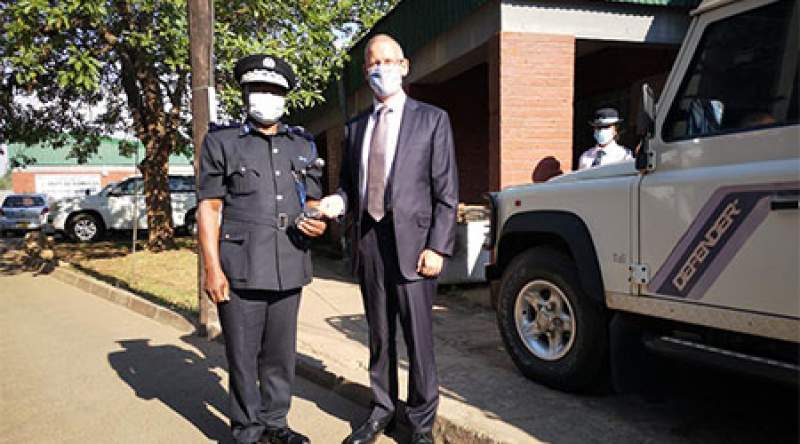 The British government has donated a Land Rover vehicle to the Department of Immigration and Citizenship Services to ease its transportation woes.

“This vehicle will play an important role in the fight against cross boarder crimes, “said David Pert, British Deputy Commissioner to Malawi, at the vehicle handover ceremony on Wednesday at Immigration Offices in Blantyre.

He said the idea to donate the vehicle to the department came after visiting their Mangochi offices where it was discovered that they were facing many challenges such as patrolling the border.

"We promised to give them a vehicle in order for them to have transport in patrolling the boarders. Today, we are happy as the British government to donate this vehicle to them," said Pert.

Director General for the Department of Immigration and Citizenship Services, Hannings Mlotha, described Britain as “a strong, and reliable partner. “

Mlotha further expressed gratitude to the British government for supporting the Immigration department, adding that it hopes the vehicle will enhance the mobility and logistics capacity of the department.

"The vehicle will improve our operations especially dealing with the problem of cross border. Let me also take this opportunity to ask our office in Mangochi to use this vehicle for intended purposes," he said.