Mining Company Under Fire over License 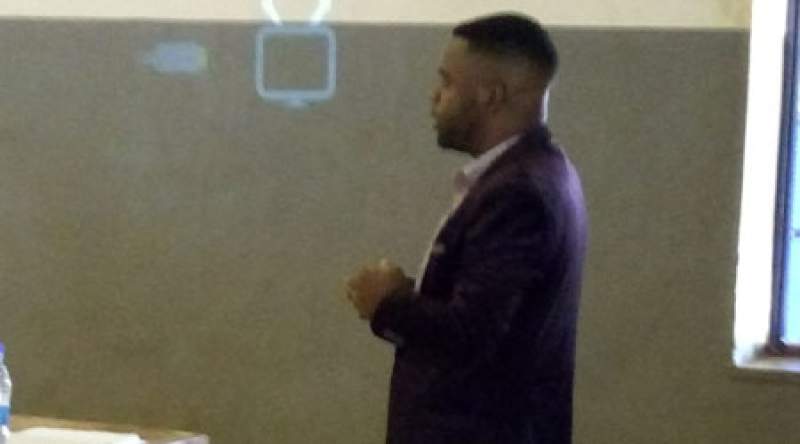 We followed all necessary steps - Banda - pic by Hastings Jimani

Tension flared high during a mining meeting in Mulanje on Thursday when stakeholders questioned why Akatswiri Mineral Resources rushed to acquire an exploration license to explore rare earth elements at Chambe basin on Mulanje Mountain before consulting the mountain’s relevant stakeholders.

The mining department granted the exploration license to the company on 18th December, 2020.

Director Agriculture, Environment and Natural Resources at Mulanje District Council Yaz Nyirenda said how the company obtained the license raises a lot of questions than answers.

District Forestry Officer in Mulanje Eric Mbingwani whose office is the major stakeholder of Mulanje Mountain said as far as he knows, his office has not been consulted on this mining issue.

“Mining is a sensitive and complex issue which needs thorough consultations and you have to know this, unfortunately you want to start exploration activities before talking to anyone here,” said Mbingwani.

Programme Officer responsible for Forest Co-Management and Sustainable Livelihoods at Mulanje Mountain Conservation Trust Moffat Kayembe said with all relevant stakeholders denying to have been consulted as claimed by Akatswiri Mineral Resources, one can conclude that the license was dubiously acquired,” said Kayembe.

“There is a lot of ground work for the company to successfully implement its exploration project and I think you have to redesign your consultation strategy though you have already obtained the license,” said Kayembe.

Chief Executive of Akatswiri Mineral Resources, Hilton Banda, said the company made adequate consultations suffice to say that consultations will continue even during exploration.

“It should be understood that Chambe and Likhubula communities, the district and the country as a whole stand to benefit a lot for this exploration project economically and corporate social responsibilities,” said Banda.

Rare earth elements are used in manufacturing of cellphones, computer accessories, fridges and other hi-tech items.

Few years ago, another company, Springstone mining company also did exploration of rare earth at the same Chambe Basin and samples were collected for testing in South Africa but results are yet to be made to the public.