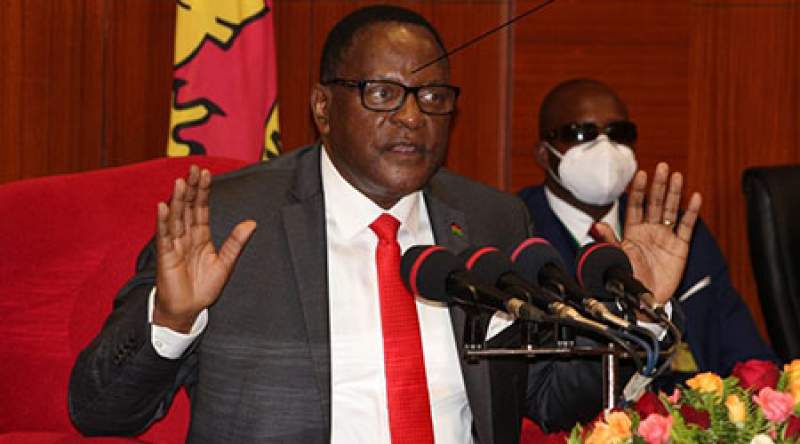 Under pressure to reshuffle his cabinet -internet pic

He is reacting to appointment of two cabinet ministers; Blessings Chimsinga as minister for local government and Jacob Hara for transport.

The two are filling the vacant offices left in January 2021 by late Sidik Mia who headed the transport ministry and Lingson Belekanyama for local government.

Mkutche says “if there was a cabinet reshuffle, the president could have delayed these appointments to do a reshuffle and include them in the new cabinet.

“The fact that they have been appointed, just two of them, we shouldn’t be expecting a cabinet reshuffle any time soon.”

The president on March 31, 2021 told the nation that he had received cabinet assessment report from his vice, Saulos Chilima, for final review before making the assessment public.

Meanwhile, spokesperson for a group of concerned members of Malawi Congress Party (MCP), Alex Major, has questioned the presidential decision for the two appointments.

“MCP is a governing party and all the decisions that are being made must be that of the party,” he said.

The concerned party members on 26 November, 2021 wrote the party president who is also the state president, Lazarus Chakwera, to reshuffle cabinet and call for the National Executive Committee meeting, among others, to discuss issues rocking the party and Malawians at large.