Batatawala Out on Court Bail 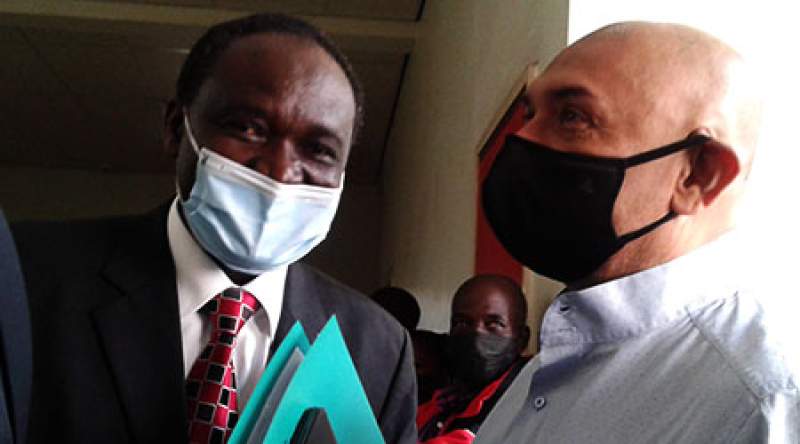 He has been ordered to pay K800, 000 cash bond and provide one surety bonded at K2.5 million among the bail conditions.

The court has also ordered the suspect to surrender his travel documents to the Anti-Corruption Bureau (ACB), must not leave Blantyre without knowledge of the ACB and must not interfere with state witnesses.

Batatawala was arrested on 15 December 2021 on allegations that he conspired to defraud government about K1.5 billion and money laundering of about K2.5 billion.

Batatawala’s lawyer, Alexious Nampota, said after the ruling that the suspect was not supposed to remain in custody as wished by the ACB.

“He is not a flight risk. He is a businessman. He is a Malawian passport holder. Where will he be running to? He has businesses to run and that is why we applied for this bail. He will be ready any time the court needs him,” he said.

The ACB wanted the suspect remanded to prison on allegation that he will use everything in his powers to evade trial.

ACB lawyer, Golda Rapozo, told the court that right to bail is not absolute, saying granting Batatawala the bail would not be in the interest of justice.

She said Batatawala has family roots in India and, therefore, could run away and evade bail.

Since the bail has been granted, Rapozo says they have accepted the verdict and will, consequently, prepare for trial.

“In any case, you either win or lose. Unfortunately, for this particular case, the court was convinced that with the right conditions, Batatawala will not evade the bail. So, we accepted the court’s decision and we will proceed preparing for trial,” she said.

Batatawala and other three accused persons will appear again in court on 20 January 2022 to take plea.